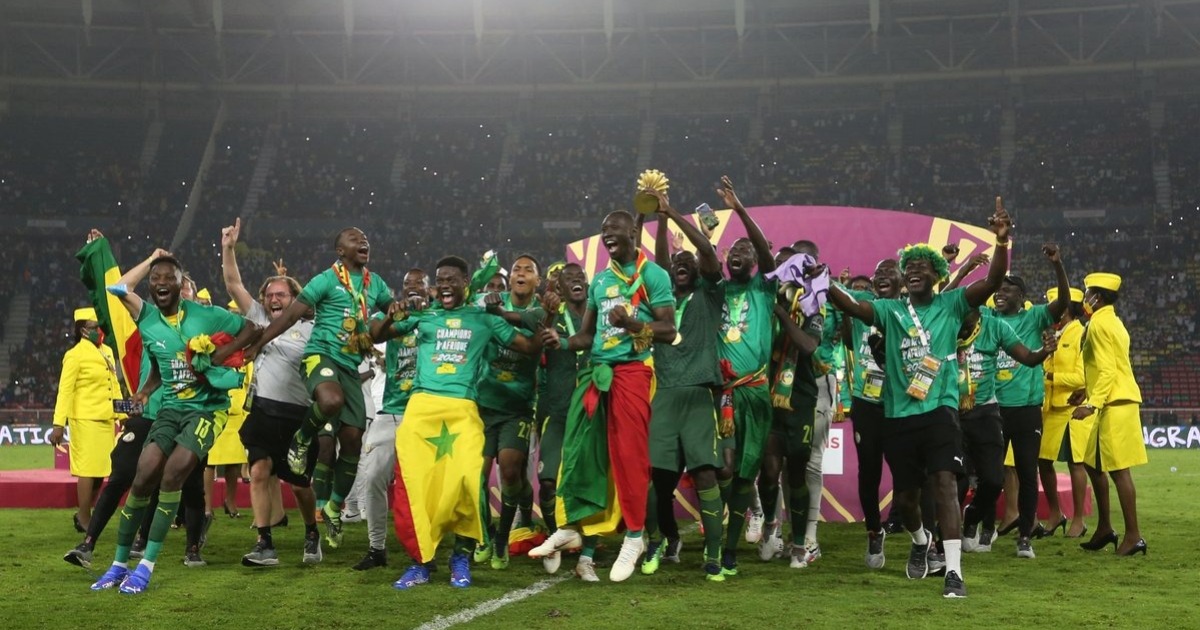 Sadio Mane was the hero for Senegal in a moment of redemption following their first continental title 4-2 victory over Egypt at the Olembé stadium in Yaoundé Cameroon on Sunday – he noted he was only thinking about head coach Aliou Cisse.

Senegal hero Sadio Mane has dedicated the side’s Africa Cup of Nations triumph to Aliou Cisse, who he labelled “the most criticized head coach I’ve ever seen in my life”.

The Liverpool forward went from zero to hero when he netted the decisive spot-kick as Senegal defeated Egypt 4-2 in a shootout following a 0-0 draw in Sunday’s final, where Mane missed a seventh-minute penalty.

Mane’s penalty not only clinched Senegal’s first-ever continental crown, but it was a personal moment of redemption, having missed a decisive spot-kick in the 2017 quarter-finals against Cameroon.

But the 29-year-old singled out head coach Cisse, who has 35 caps for Senegal before taking over as head coach in 2015, to dedicate the triumph.

“I know that the Senegalese people have suffered a lot, but I dedicate this trophy to Aliou Cisse,” Mane told reporters, having noted the criticism of the Lions of Teranga boss in the lead-up to the game. “If you knew what he did for the team.”

Cisse, who was a runner-up at AFCON in 2002 during his playing days, praised the current generation headlined by Mane and Chelsea goalkeeper Edouard Mendy who saved Mohanad Lasheen’s spot-kick to set up his teammate’s moment of glory.

“It proves the mental strength of this generation,” Cisse said. “We’re African champions.

“It’s been long, it’s been hard, and there have been complicated moments, but we never gave up.

“This was a hard match too; we missed the penalty, and there were other chances we weren’t able to take, but the boys never abandoned the task.

“We are very happy to dedicate the victory to the Senegalese people because from independence until now we have been chasing this first win in this competition.”