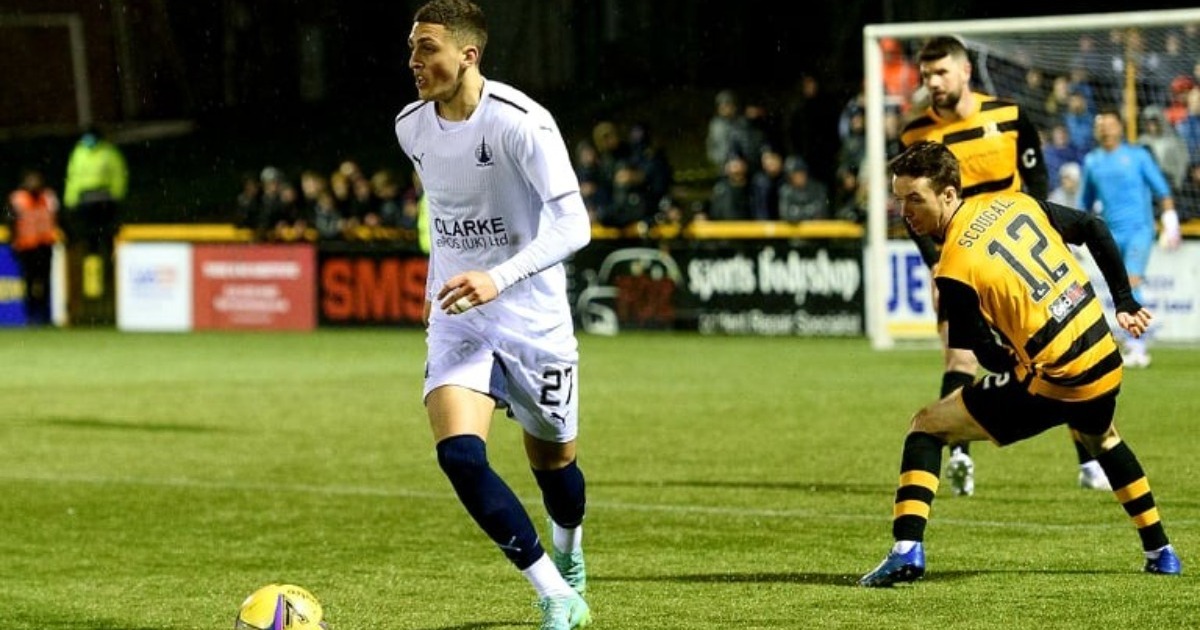 Jaze Kabia playing as a striker for Falkirk, on loan from Livingston, is delighted with his current form.

The young attacker has been pivotal for the Scottish outfit with three goals in his last four games, helping the club to a fifth-place spot on the table.

Kabia scored his third of the season in Falkirk‘s 3-0 over Alloa Athletic on February 8th.

“I have played four games since I joined Falkirk on loan and scored three times and a couple of assists also. I am pleased to have started pretty well. Hopefully, long may it continue,” Kabia told FSL news.

He was born in Ireland to an Irish mother, an English father and his grandad was from Sierra Leone named Moses James Kabia.

“I was born in Ireland – my mum is Irish, my dad is English. So, I played all my youth football in Ireland, where I started my professional career.”

Kabia, 21, who has confirmed his grandad is from Sierra Leone, started his career with Cobh Ramblers, where he spent a season and a half before moving to Shelbourne in 2020.

Kabia signed a two-and-a-half-year contract with Scottish Premiership side Livingston on January 8th 2021, before he was sent on loan to join Scottish League One side Falkirk until the end of the season.