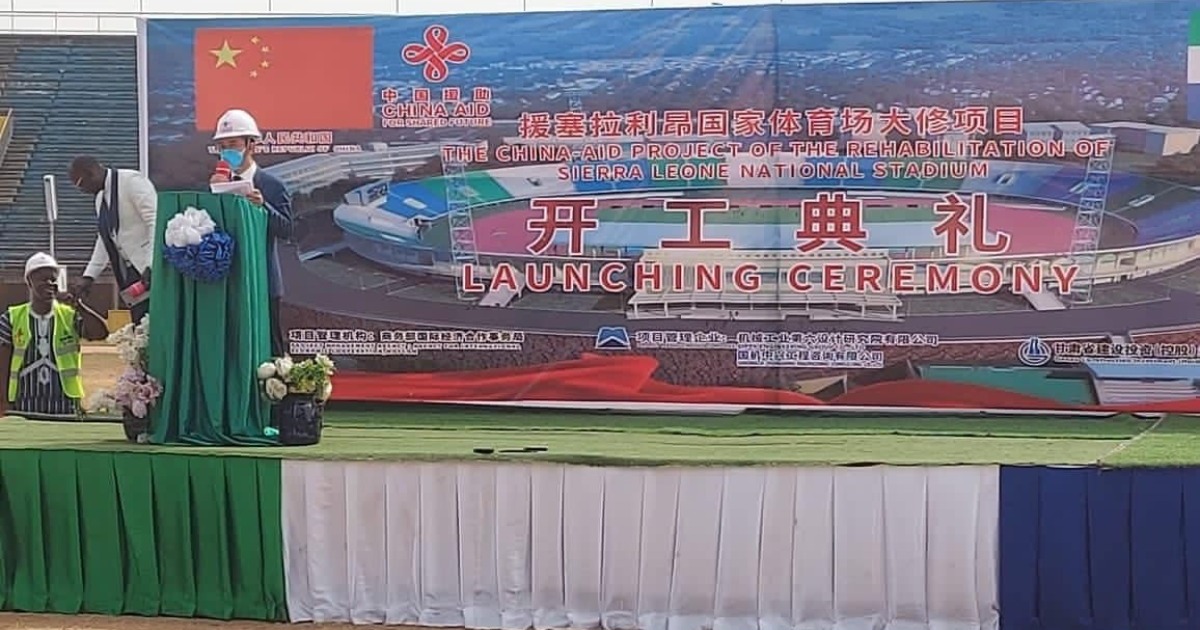 The government of Sierra Leone has officially launched the $40m rehabilitation of its Freetown-based Stadium last Friday, which is expected to be completed by 2024.

A Chinese construction company have been charged with the responsibility to rebrand the West African nation’s largest football stadium, situated at the heart of the capital.

Completed on 18 April 1979, it’s has been in existence for over 40 years – is the only venue in the country to host international matches across all national teams.

“We know it’s in our disadvantage to playing our home matches away from home,” FA boss Thomas Daddy Brima told BBC Sport Africa.

“But it’s pleasing that the stadium is now being renovated. It’s better to do it now than later.”

February 2021, it was banned by the Confederation of African Football almost three months after the Leone Stars goalless draw against Nigeria in November 2020 during the 2021 African Cup of Nations qualifier.

That was the last International match that exposed the reckless and fragile state of the Siaka Steven Stadium.

Already, local premier League matches have been playing across local venues in the country.

The development also means Sierra Leone will have to play their 2023 Nations Cup home qualifiers on the road, most likely in Guinea Conakry, where they defeated Benin in June last year to reach Cameron 2021.