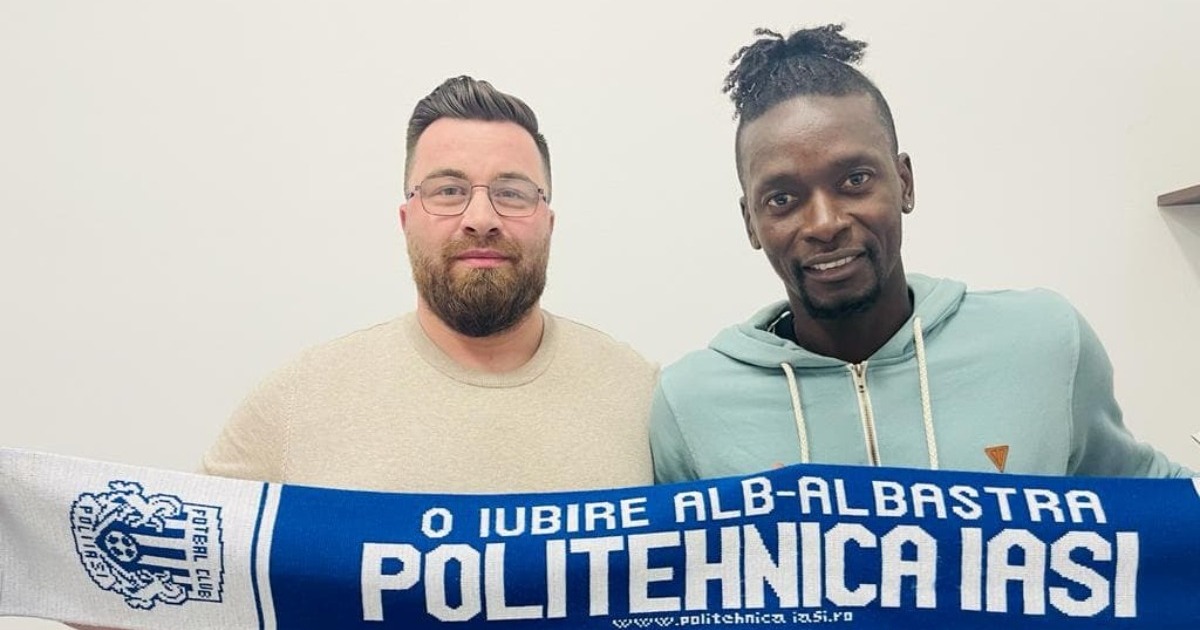 Sierra Leone midfielder John Kamara has signed for Romanian Liga 2 side Politehnica Iași until the end of the season with an option for next season.

Poli Iași is a Romanian professional football club based in the city of Iași, Iași County, competing in Liga II.

Kamara, 33, last played for Azerbaijan side Kesla where he made five appearances before the African Cup of Nations with Sierra Leone.

During the 2020/2021 seasons, Kamara played 23 times for Keshla in the Azerbaijan top-flight. He made a total of 64 appearances in all competitions for Kesla since the 2018/19 seasons.

The former Riga and Kaysar defensive midfielder admitted his delight after he penned the deal with Politehnica Iași.

“I’m delighted to be here in Romania and cannot wait to get started. I am pleased to start a new chapter in my career as I look forward to meeting my new teammates, and as always, ready to help the club,” Kamara briefly told FSL News.

Politehnica Iași will host FC Astra Giurgiu on Saturday, but Kamara will not be available to make his debut until next week.

Sierra Leone midfielder John Kamara has signed for Romanian side @PolitehnicaIasi until the end of the season with an option for next season after a successful medical.