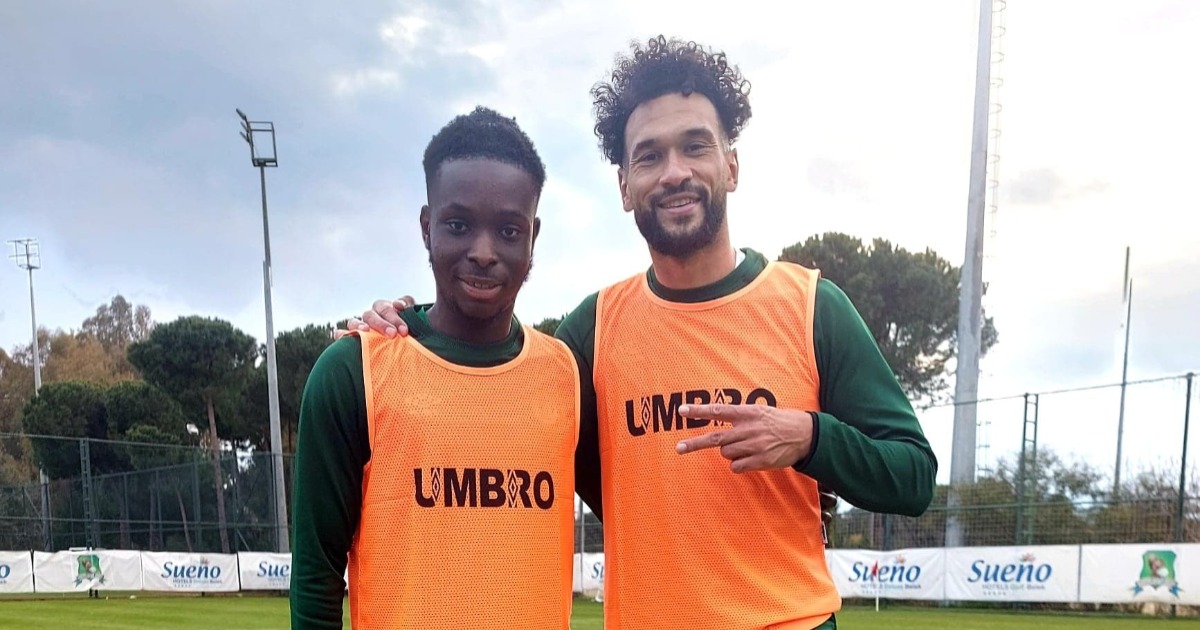 One of coach John Keister’s new inclusion Kamil Conteh pictured with team captain Steven Caulker, has admitted his delight as he set to make his Sierra Leone debut in Turkey.

Kamil Conteh, 19, who opened his account for Braintree Town in the National League South against Hungerford Town on February 19th, says he has been great around experienced around the National team.

The Watford Under-23s midfielder joined the Iron last month on loan, weeks after making his first-team debut against Leicester City in the FA Cup, and he has made a bright start to life in Essex.

Speaking after Leone Stars’ final training at the Sueno Sports Centre on Wednesday, he said, “I’m delighted to be here for the first time as i have enjoyed every moment around the boys.”

The 19-year old says playing for Sierra Leone is something he will always relish. “I’m here to play and show everyone what I am about trying to help the team as much as possible. I am relishing the chance to be a great player for Sierra Leone.”

He is in line to feature for the Leone Stars of Sierra Leone for the first time on Thursday after showing a glimpse of what he can do doing training sessions.

The stadium that is mainly used for football matches has hosted the 2008 UEFA European Under-17 Football Championship, including the final.