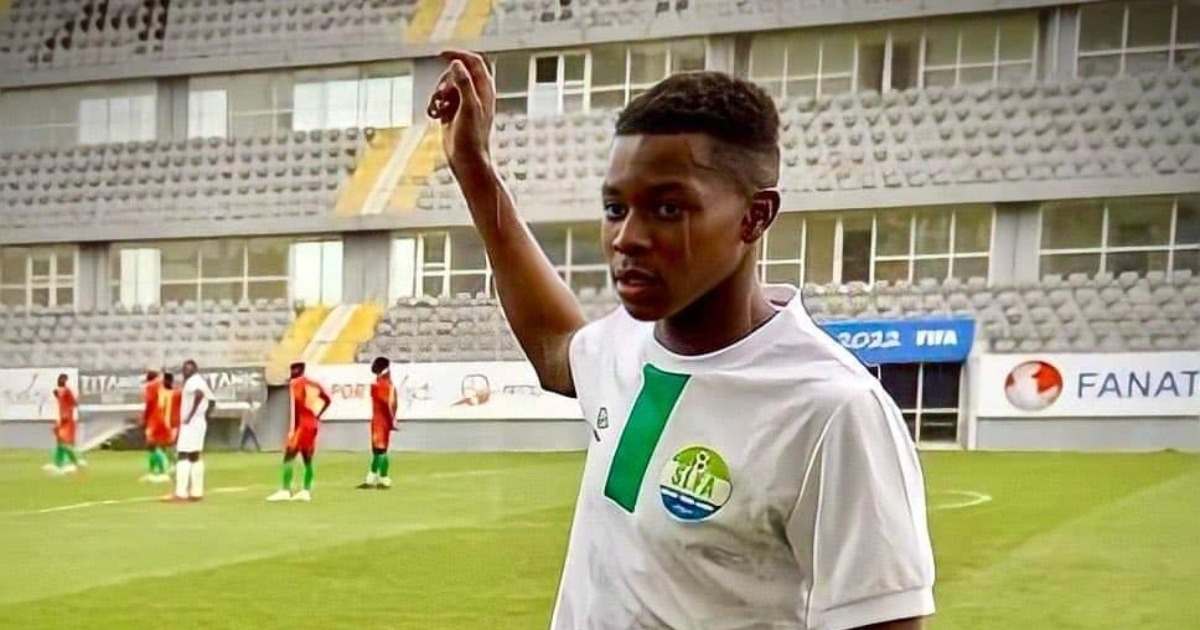 Tottenham Development squad player Kallum Cesay snatched the headlines with two goals on his debut for Sierra Leone as the Leone Stars defeated Congo-Brazzaville 2-1 in Turkey on Tuesday at the Mardan Stadium.

Speaking for the first time since his headline brace, he told Football Sierra Leone UK that his focus now is to keep developing in the process will enable him to play more games for the country.

“I want to focus on my development at Tottehmham, which will help me move forward. At the same time, I am 100% looking forward to playing more games for Sierra Leone. International experience will be good for my development, ” Cesay told FSL News UK.

Kallum Cesay was one of the new names in coach John Keister’s new looks Leone Stars. He was named on the bench in the Leone Stars’ previous two fixtures in the 3-0 defeat to Togo on Thursday and Liberia’s 1-0 win on Sunday over Liberia. He was then selected to make his debut against Congo Brazaville before he became the star man of the day.

The versatile 19-year-old started on the right side of midfield and capped an impressive performance with both his nation’s goals, one of which came from the penalty spot, as they rounded off the Antalya Cup with another victory.

“I knew I’ll get there but didn’t think in this fashion. Right now, I am happy about my contribution. It goes to show how much hard work pays. I have been waiting for my opportunity, and I knew I had to take it. I had to go out there and do something for myself, my country, for my people.”

He concluded by saying his dream is to play in one of the big leagues in Europe. “Presently happy with my development at Tottenham but my target in getting into the first team or play for one of the top clubs in Europe where I will be happy.”

In the campaign, he has made 21 appearances in all competitions before earning a place on the Tottenham first-team bench twice in the UEFA Europa Conference League, having also featured for our senior side in pre-season.