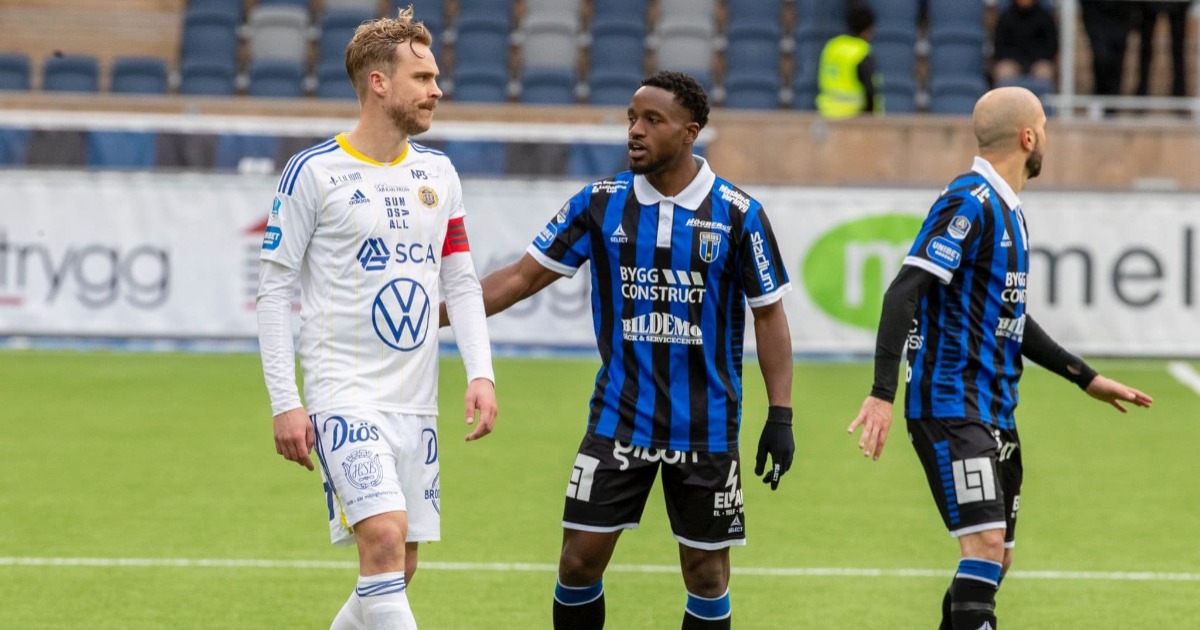 Sierra Leone left-back Kevin Wright made his Swedish Allsvenskan debut with IK Sirius on Sunday in their 2-1 win over GIF Sundsvall.

Wright, 26, who was part of the Sierra Leone Medeterean trip in Turkey last month during the Fifa window, played for 15-minute when he was introduced to replace Aron Bjarnason.

It was his pass in the 85th minute that Onil Christian Kouakou converted to help IK Sirius to a 2-1 victory at the Studenternas IP, Uppsala arena.

“Always happy to assist the winning goal and most importantly get the three points, time to push on,” Wright told FSL News.

In the MLS, veteran striker Kei Kamara opened his account with the Canadian on Saturday as CF Montréal defeated FC Cincinnati 4-3 at TQL Stadium.

Kamara’s goal in first-half stoppage time was his first in the league since Oct. 3, 2020, with Minnesota United FC and gave him 131 total against 24 different MLS clubs.

He’s now two goals away from tying Jaime Moreno at 133 MLS goals for the fourth-most in league history.

In the USL championship, striker Augustine Williams scored his second of the season as Charleston Battery fell 1-2 to Las Vegas Lights FC on Friday in the first meeting between the two clubs.

Williams opened the scoring for Charleston Battery in the 8th but was not enough for his side as Daniel Trejo Del Rio’s brace saw the visitors take home maximum points.

The Charleston will return to action at home Wednesday, April 6, when they host South Georgia Tormenta FC in the Second Round of the Lamar Hunt U.S. Open Cup.

Calm, cool and collected in goal No. 2⃣ of the year for our No. 9⃣@augiwilliams 🎯🧊 pic.twitter.com/58y2mp4DOJ