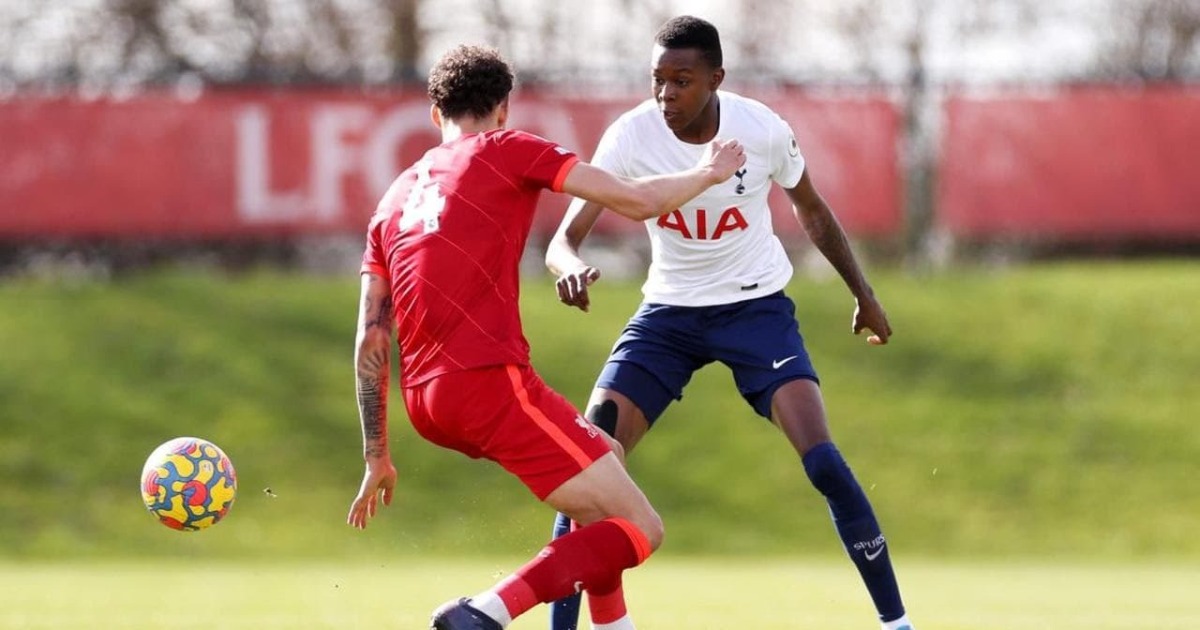 Tottenham ‘insider’ John Wenham believes Kallum Cesay will be loaned out to a League One club next season.

Cesay, 19, who has been in and out of Tottenham’s first-team training under boss Antonio Conte, has been instrumental with the Spurs U23s this season.

The Sierra Leone international has made 25 appearances for the Tottenham Hotspur Sub 23, playing as a left-back and a right-back.

In March, Cesay received a call-up to the Sierra Leone national team during the Turkey training camp. He scored his first International brace for the Leone Stars on his debut in the 2-1 win over Congo-Brazzaville at the Mardam Stadium.

Wenham admitted that he is surprised by how much the young defender has developed over the last 12 months.

When asked about Cesay, he told Football Insider, “Until last summer (2021), he had really gone under the radar. There has always been someone ahead of him in the pecking order.

“Then, last summer, quite randomly, in our first pre-season game against Leyton Orient Nuno started him out of nowhere.

“He has been rewarded with this Sierra Leone call up and I think the plan for him now is a new long-term contract ahead of a loan to a League One side next year. I’m always excited by players who come out of nowhere, and I’m really keen to follow his development.”

On Sunday, for the Tottenham Hotspur Sub 23, Kallum was in action against Chelsea Sub 23. The match features some first-team stars, the likes of Trevoh Chalobah and Malang Sarr.

They lost 2-1 after Kion Reece Etete had given them the lead in th 57th-minute, but goals from Dion Rankine and Lewis Hall ensured victory for the home side.