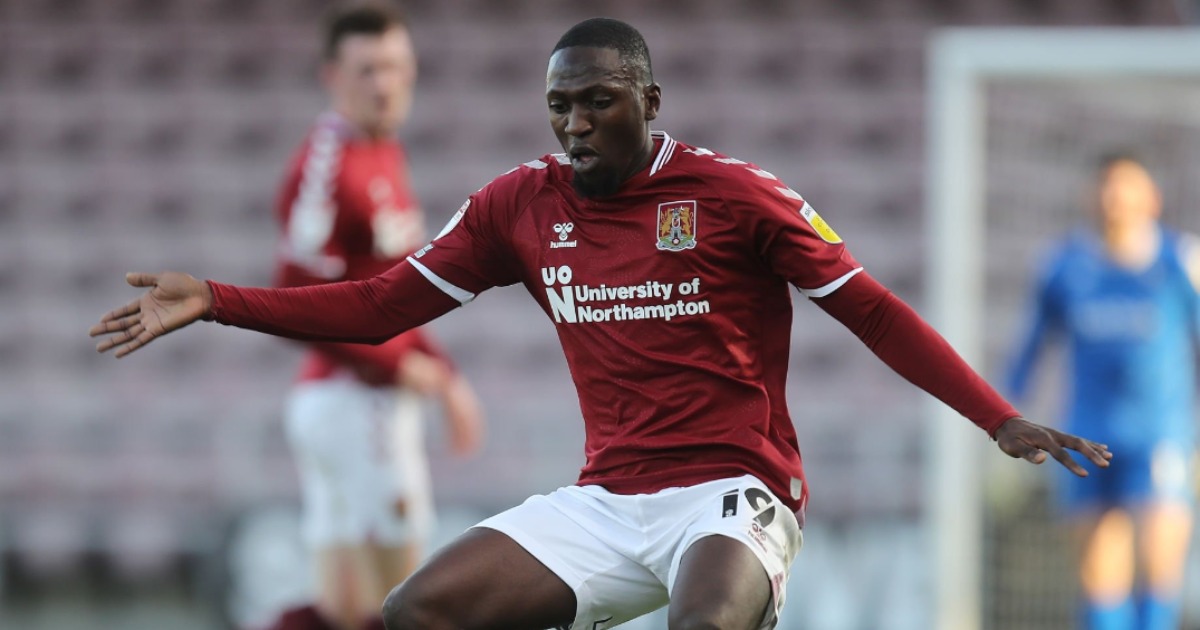 Mansfield Town will have to defend their 2-1 first-leg win over Northampton Town when they face off again on Wednesday at the Sixfields Stadium.

Goals from Rhys Oates and Jordan Bowery ensure Mansfield established the lead in the first tie, but after Ali Koiki pulled one back to halve the deficit for the visitors, there is still all to play for in the second leg.

Sierra Leone international Idris Kanu was given the nod to start by manager Jon Brady, who noted that his side is still very much in the race for League One promotion.

Since joining the club on loan in January, Kanu has featured in eight league games for The Cobblers, including yesterday’s play-off first leg tie.

The Town boss Jon Brady believes his side can still turn it around.

“We are very much still in it. We’re looking forward to taking them back to Sixfields, we have been strong at home all season, we were in the ascendancy in the second half and we need to take that into the second leg.

“We acquitted ourselves well in the second half – we were a lot more purposeful in our play and a lot more aggressive in the things we did.

“We had some good entries into the final third and we just spoke at half-time about needing to do the things we have done well all season.”

The winner will play Swindon Town or Port Vale in the other semi-finals on 28 May 2022 at Wembley Stadium, London, to determine the fourth and final team to gain promotion from EFL League Two, the fourth tier of English football, to EFL League One.