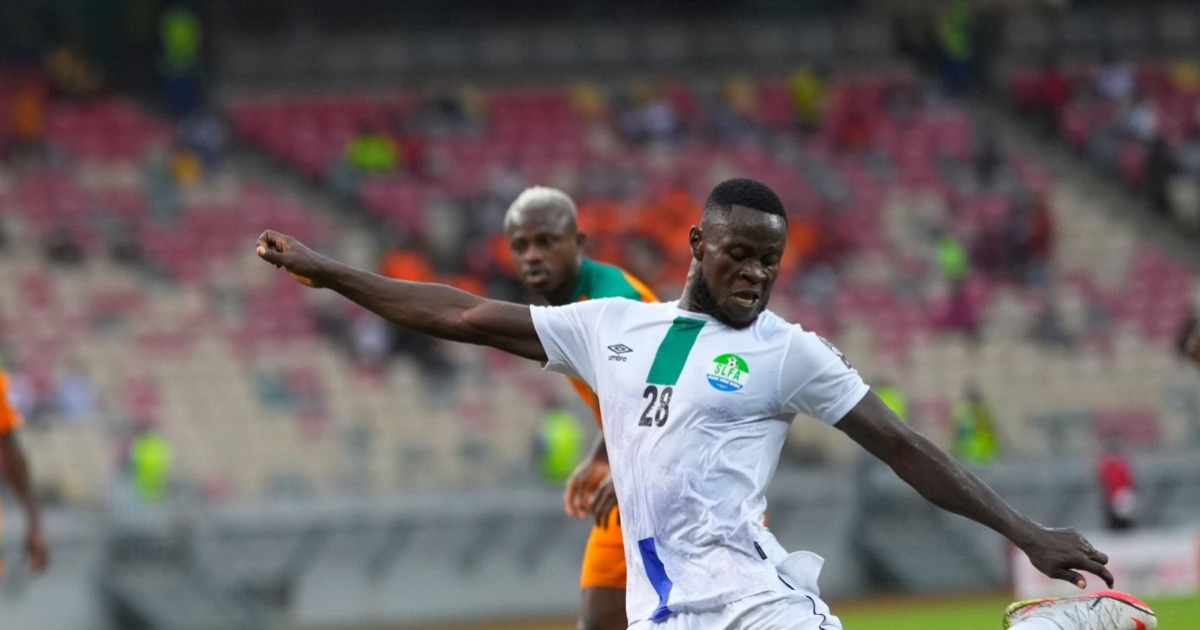 After his hattrick to help his local club lift the Sierra Leone title on Sunday, Musa Noah Kamara – has turned his attention to the Leone Stars African Cup of Nations’ 2023 first qualifying trip in Abuja against Nigeria next month.

The Sierra Leone best player of the 2021 campaign has set a new record as Bo Rangers thrashed Central Parade 4-0 to wrap up their title for the first time in their history on Sunday.

Kamara, 21, a back-to-back golden boot winner with 19 goals this season, was summoned in coach John Keister’s sqaud for afcon 2023 qualifiers.

Sierra Leone will kick off Afcon 2023 qualifying campaign against Nigeria on June 9 in Abuja. The informed striker Kamara’s recent goals will serve as a stern warning to the three-time African Champions.

Kamara is a pivotal figure in the coach Keister’s sqaud – as the Leone Stars start with a tricky tie at the Moshood Abiola Stadium in Abuja behind closed doors before hosting Guinea-Bissau at the General Lansana Conté stadium on June 13th.

Nicknamed country striker, Kamara’s magnificent left-footed strike, his first international goal in his first continental gathering (2021 Africa Cup of Nations tournament) in the 2–2 draw against the Ivory Coast on 16 January 2022, was rated as one of the best in the tournament by soccer pundits in the country.

He appeared in their third group match as the Leone Stars were eliminated from the competition in Cameroon after a 1–0 defeat to Equatorial Guinea.

“Musa Kamara only needs to focus and get his act right and can deliver anytime for the Leone Stars. His goal against the Ivory Coast was a classic example of what he is capable off,” a family friend told FSL News.

Meanwhile, Nigeria suffered a 2-1 defeat to CONCACAF champions Mexico at the AT&T Stadium in Texas on Sunday.

Next up for the Super Eagles is Ecuador in another friendly game on Friday, June 3, before their AFCON 2023 qualifiers against Sierra Leone and Mauritius.