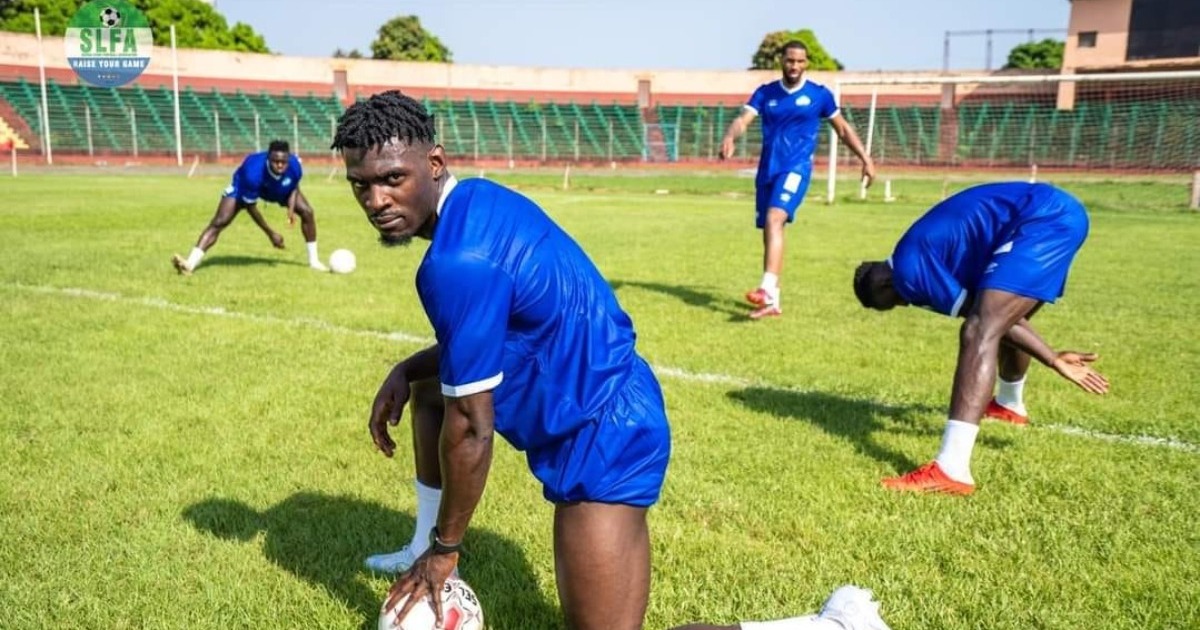 The three-time African Champions will square up with the Leone Stars at Moshood Abiola Stadium in the Group A opener behind closed doors on the 9th of June.

The Bolton’s hitman scored his first goal for Sierra Leone in an international friendly 1-0 over Liberia during their Meditteranean tour last March at the Mardan Sports Stadium in Aksu, Antalya, Turkey.

The Sierra Leone contingent arrived in Abuja on Saturday in readiness the face their counterpart for the seventeen times. The last meeting in Freetown ended in a goalless draw in November 2020.

Bakayoko, 26, has been an instrumental player for League One side Bolton Wanderers since signing on a two-year deal in January 2021.

“Without a doubt playing against Nigeria will be my first proper match for Sierra Leone. Something I am looking forward to, but both Nigeria and Guinea Bissau games are no easy games,” the big striker told footballsierraleone.net.

“God willing – we can go out there and showcase ourselves against a tough Nigeria side.” Helping Sierra Leone reach the African Cup of Nations in Ivory Coast 2023 will be massive, personally for me, my country and all of us players working so hard to give our best.”

“Making the next African Cup of Nations is something as a player want to be part of and will be unbelievable for me to play in the tournament in Ivory Coast for the first time.”

“The last competition, I was not part of but watched the team play well hence why It will be pivotal for us to be in the Ivory Coast tournament.”

In just concluded season, he scored 13 goals surpassing the ten goals at Walsall shirt in 2016/17.

News from the Super Eagles’ camp stated that the new boss Jose Peseiro is already under pressure ahead of their first 2023 Africa Cup of Nations (AFCON) qualifier against Sierra Leone.

The Portuguese have lost the first two games he has been in charge of since his appointment in May. The Eagles Super lost 2-1 to Mexico and 1-0 to Ecuador in international friendlies last week.

Meanwhile, Sierra Leone matchday two confrontations against Guinea Bissau will be played at General Lansana Conté stadium in Guinea on the 13th of June.