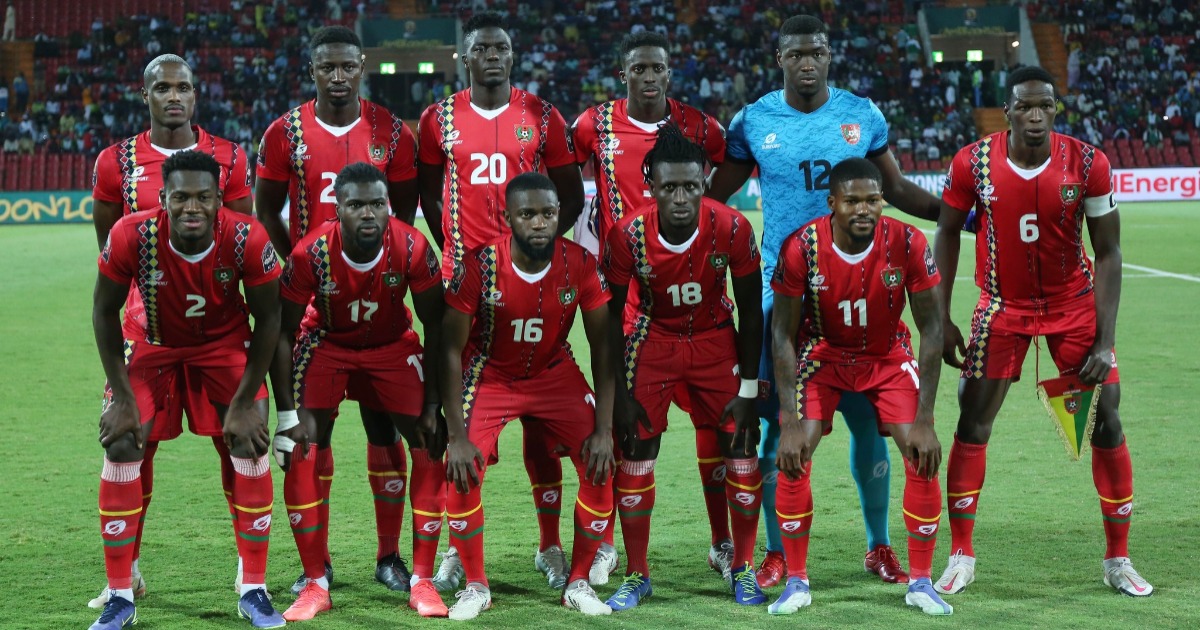 Guinea Bissau thrashed Sao Tome and Principe 5-1 to signal a strong message in their opening Group A game of the 2023 TotalEnergies Africa Cup of Nations qualifier on Thursday in Morocco.

The home side had to come from behind to score five goals after Sao Tome took the lead in the 21st minute through Edmilson Viegas.

Just before the break Alfa Semedo levelled the scoreline for Guinea-Bissau before Zinho Gano brace to make it 3-1 in the 50th and 58th minutes, respectively.

Substitute Zidane Banjaqui added the fourth in the 81st minute before Jorginho Intima sealed an emphatic victory for the Djurtus moments later at the Stade de Marrakech in Morocco.

As a result, Guinea Bissau will be leading the group standings on goals advantage over Nigeria’s Super Eagles, who defeated Sierra Leone 2-1 under new coach Jose Peseiro at the Moshood Abiola National Stadium.

The Leone Stars of Sierra Leone started brightly in the opening exchanges and took full advantage of a left-wing cross for Jonathan Morsay, who scored his first goal for the West Africans.

China-based striker Mohamed Buya Turay could have doubled it for the Leone Stars after his shot hit the post just after Morsay’s goal.

The visitors’ lead only lasted five minutes as Nigeria regained composure to draw parity through a cool finish from Everton attacker Alex Iwobi.

The three-time African Champions completed the comeback four minutes from the break as Osimhen got onto a header pass from Simon to put the hosts in front.

Sierra Leone will host Guinea Bissau at the Stade General Lansana Conte in Conakry in the second round of matches on Monday.