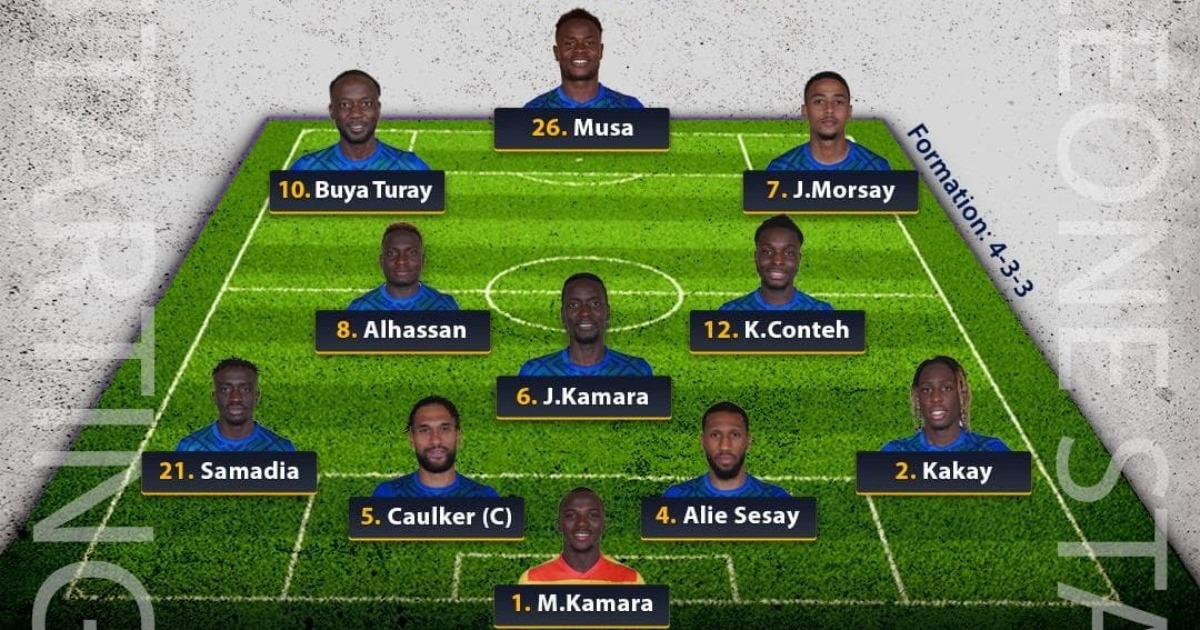 The kickoff for the Group A opener is 4 pm Sierra Leone time as Leone Stars will look to pick up a third consecutive victory and get their AFCON qualifier campaign off to a flying start.

New Middleborough midfield Kamil Conteh will pair Alhansan Koroma and John Kamara in the middle of the pack.

Skipper Steven Caulker, who was an instrumental figure in the Leone Stars side during the 2021 African Cup of Nation, will play alongside Alie Sesay.

The three-time African Champions Super Eagles searching for their third consecutive appearance at the continental showpiece, are currently on a five-game winless run and will look to end this dry spell.

Sierra Leone will look to pick up a third consecutive victory and get their AFCON 2023 qualifier campaign off to a flying start.

Nigeria have now failed to taste victory in each of their most recent five games across all competitions, picking up two draws and losing three since claiming three consecutive wins in Group D of the 2022 AFCON back in January.

Like the Super Eagles, Sierra Leone aiming to start well in this year’s qualifiers, are unbeaten in their last four qualifying games, claiming three draws and a win over Benin last June.