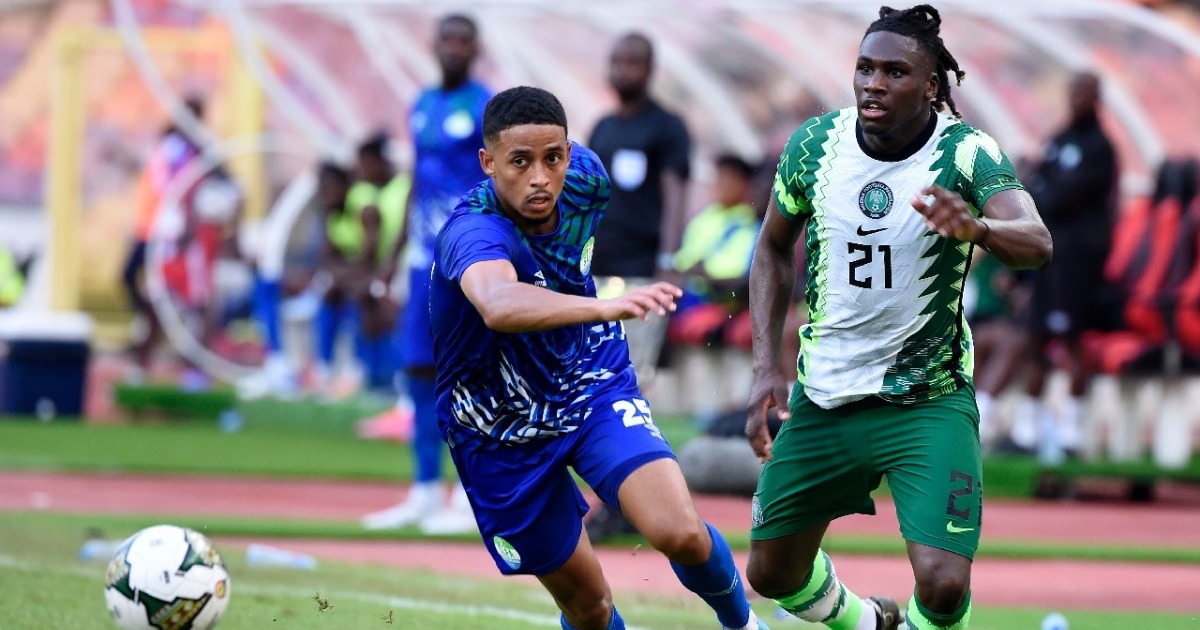 Greek Super League club Panetolikos winger Jonathan Morsay was delighted to net his first international goal for Sierra Leone but disappointed with the result at the MOK Abiola Stadium on Thursday.

Sierra Leone opened their African Cup of Nations 2023 qualifying campaign against Three-times African Champions Nigeria. A contest Morsay says Sierra Leone should take a lot of positive ahead of the next match in the group.

Morsay, 24, timely placed his header to beat goalkeeper Francis Uzoho to give Leone Stars the lead in the 11th minute.

Goals from Everton’s Alex Iwobi and Napoli’s Victor Osimhen saw the Super Eagles come from behind to register their first win over Sierra Leone in the last three meetings.

The 2-1 victory at the Moshood Abiola National Stadium was new coach Jose Peseiro’s first in three matches since his appointment.

“I was delighted to score my first goal in an official match for Sierra Leone – unfortunately, the goal was not enough for a win,” Morsay told FootballSierraLeone.Net after the tie in Abuja.

“We are obviously sad as we cannot get anything from this match, but we played well. In some parts of the game, I thoughts we played better than Nigeria. A lot of positives we can take going into the next match against Guinea-Bissau.”

“Our focus is now on the next match. We can take a lot of good things from this match onto the next qualifying game to improve our performance.”

Morsay, born in Sweden, made his debut for Sierra Leone in Turkey in a 3-0 international friendly defeat against Togo on 24 March 2022.

Sierra Leone returns to matchday two of the qualifiers against Guinea Bissau Djurtus at the Stade General Lansana Conte in Conakry on Monday.