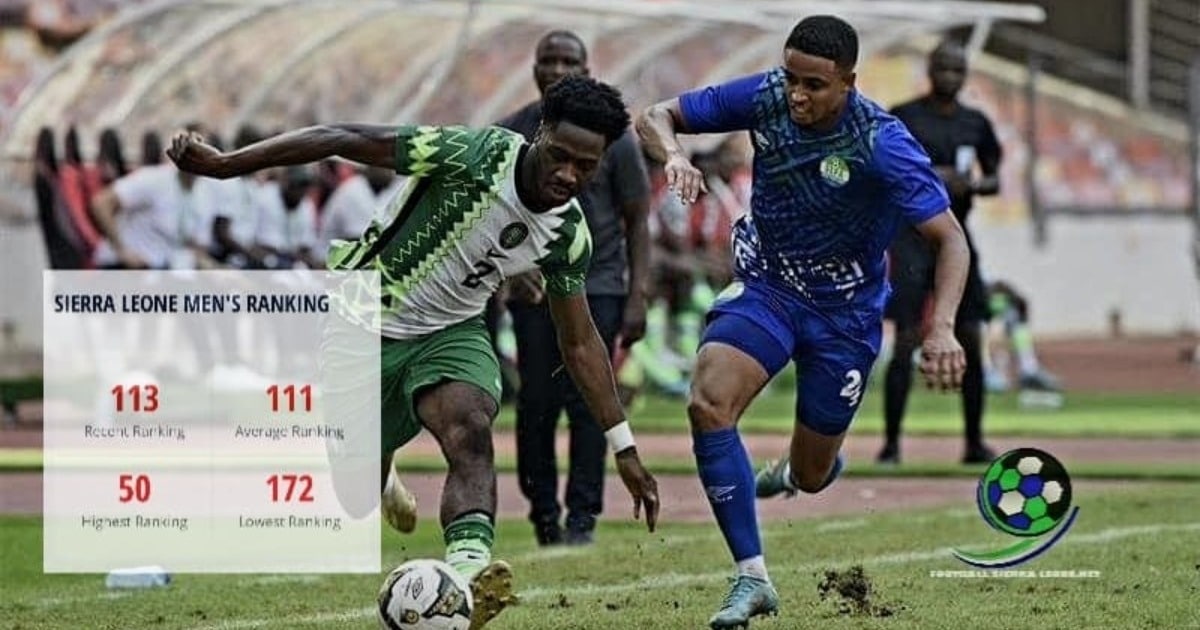 Sierra Leone dropped from 108 to 113th in the latest FIFA global rankings after their opening 2023 African Cup of Nations 2-1 defeat to Nigeria and 2-2 against Guinea-Bissau this month.

The Leone Stars of Sierra Leone suffered a 2-1 defeat to three-time African champions Nigeria at the MKO Abiola Stadium on June 9th before they fought from two goals down to draw parity with visiting Djurtus on June 13th at the General Lansana Conté stadium in Guinea.

As a result, they are now 82 places below Afcon 2023 Group A leaders Nigeria, two places ahead of Guinea-Bissau and 74th spots ahead of São Tomé and Príncipe.

The Leone Stars’ next outing will be a back-to-back qualifying game against São Tomé and Príncipe in September.

In the Global rankings, Brazil reigned over the top ten national teams, ahead of Belgium and Argentina.

#SierraLeone #latest @FIFAcom #Ranking from 108 to 113 after they secured 1 point from two #AFCON2023Q games against Nigeria and Guinea-Bissau this month #SaloneTwitter @bittar32 pic.twitter.com/pWrHiPa5ZF