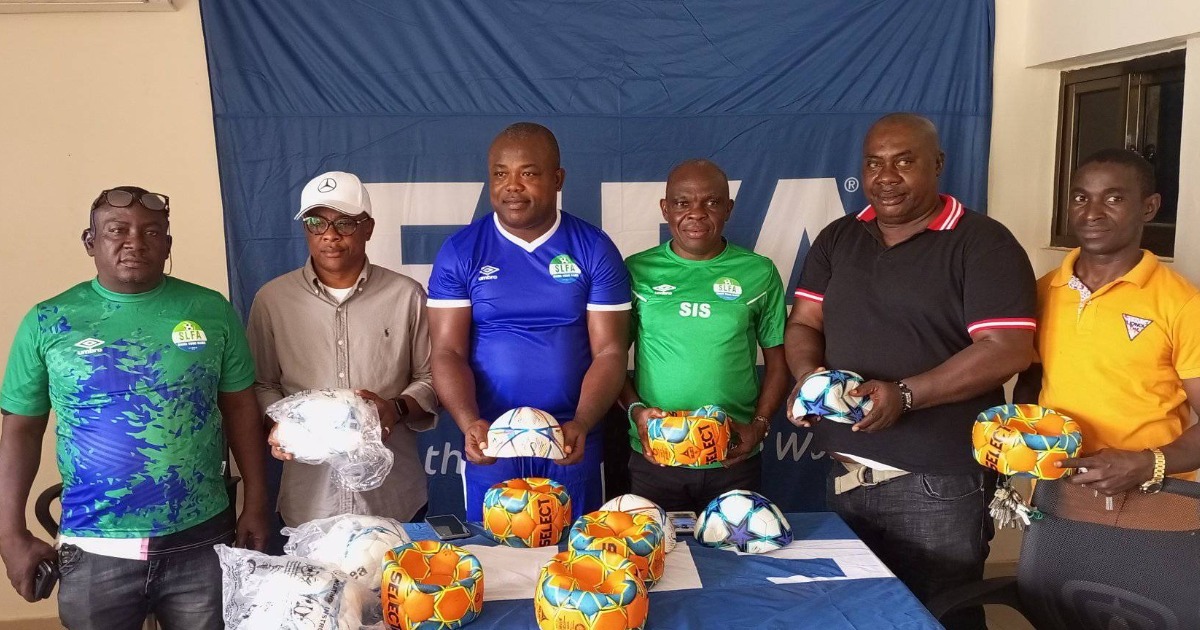 The home-based team coordinator Victor Lewis was pleased with Bah’s gesture as he confirmed 50 balls for youth football and the rest for senior men’s and female teams.

“On behalf of the SLFA, I want to thank you for this important gesture. As a football association, we have confidence in you. I promised that the items would be used for the intended purposes,” Kamara told newsmen.

Chairman of Real Republicans Football Club and the CEO of Sierramin Bauxite Mining Company have been handed the task of overseeing the Leone Stars B side qualify African Nations Championship final tournament scheduled to be played in Algeria from 8–31 January 2023.

Leone Stars B side will engage Cape Verde in the qualifiers with first-round first-leg matches will be played between 22 and 24 July, with the return legs a week later.