After 11 months out, Sankoh features in Stuttgart win 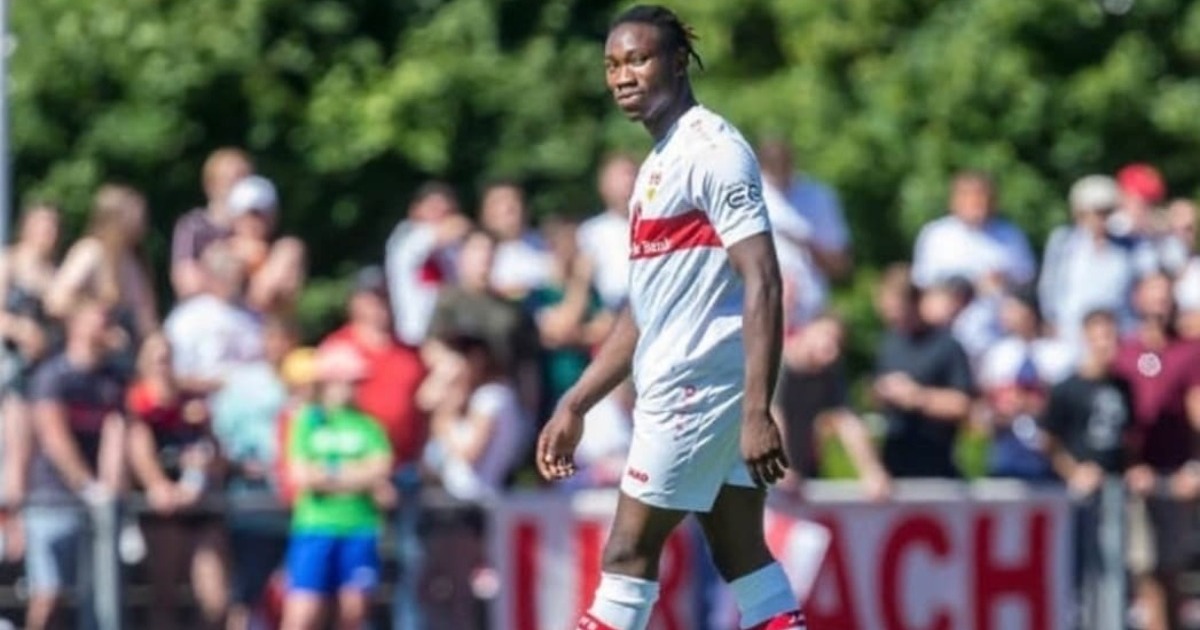 Sierra Leone native Mohamed Sankoh has returned to full action following 11 months out injured. The 18-year-old attacker was back in action for German Bundesliga side VfB’s Stuttgart as they thrashed SV Böblingen on Saturday.

Sankoh, who extended his contract in November 2021 until 2026, suffered a knee injury in Stuttgart’s 5-1 triumph over Greuther Fürth in August 2021.

It was his first appearance for the 2021/2022 season but unfortunately happened to be his last for the season.

“It was a successful first test in a great atmosphere with many spectators against an opponent who didn’t limit themselves to defending but played courageous football.

“We only started training a week ago – of course, the details of the processes don’t yet fit in. What I liked was the willingness with which our players acted,” VfB head coach Pellegrino Matarazzo was quoted as saying.

After 11 months out following serious knee trauma, Mohamed Sankoh is back and getting ready for the @OEFBL 2022/2023 season.