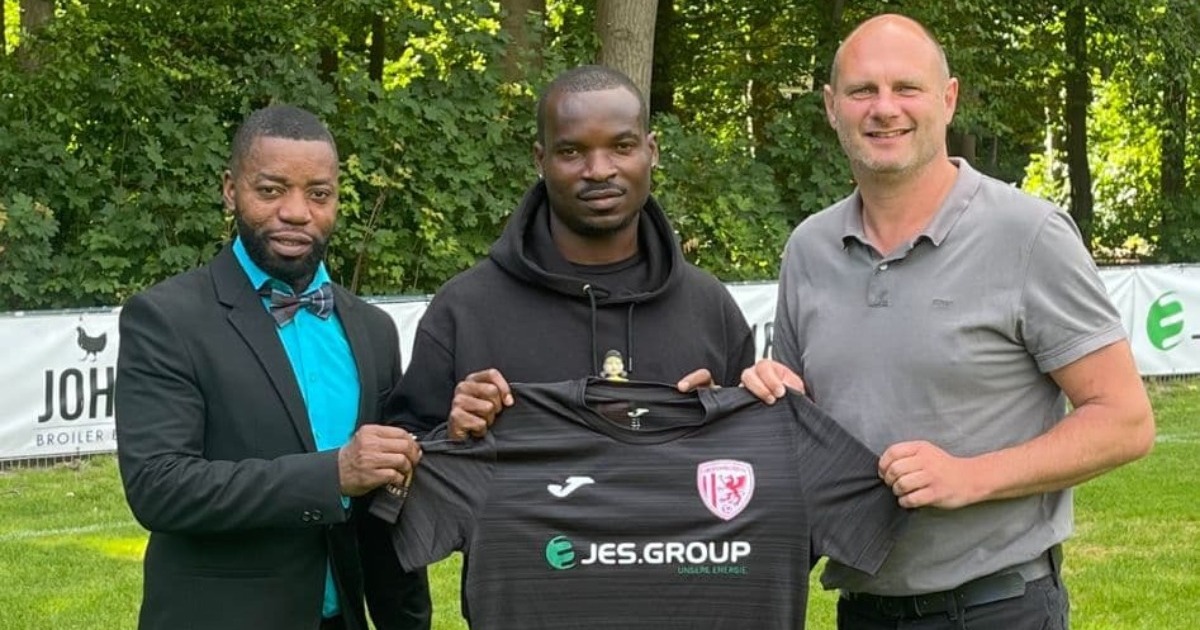 The club says they are pleased to have signed Bakarr Kargbo, who will help strengthen their offensive play. In the Photo are Agent Sebastien Mariano and Manager David Wagner).

Kargbo, 29, featured for Berliner AK 07 in 42 games and scored thirteen goals for the Greman Regionalliga in all competitions.

One of his highlights of the season was when he scored a hat-trick as Berliner AK 07 registered a comfortable 5-1 victory over Lichtenberg on April 18 2022.

The striker returned to his old club Berliner AK in July 2021 after parting ways with Kickers Offenbach.

Kargbo was born in Sierra Leone but raised in Germany, where he played for the youth U15, U17, and U19 sides.

On 17 March 2018, Kargbo debuted for the Sierra Leone national football team in a friendly 4–0 loss to Iran in March 2018 at the Azadi Stadium, Tehran, but has never been called upon since then.