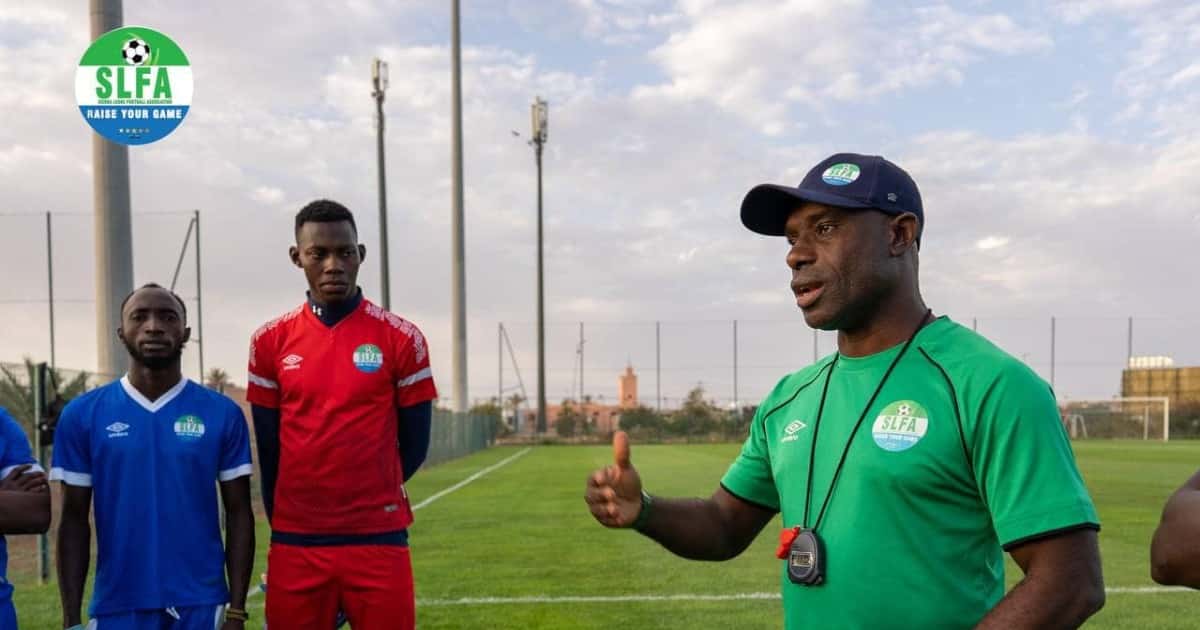 Sierra Leone’s home-based head Coach Francis Zappa Koroma was delighted with his team after they took full advantage of their CHAN 2022 qualifiers’ first leg in Morocco on Sunday.

Coach Koroma’s side is now in control of their qualifier after striker Alie Conteh scored a brace against Cape Verde at the Grand Stade de Marrakech.

And in the wake of the game, the former Sierra Leone International gave his thoughts on the win, the performance and more.

“Overall, it was a better performance, thanks to the players as they executed the game plan well. The style of play was key. Now, we are looking to the second encounter,” coach Koroma continues, “You can see what the win means to the nation. We are all delighted to win the game. We are looking forward to the second leg on Wednesday.”

“We’re going to keep our attacking style of football no matter the circumstance – it was a good game, we scored two goals. We are in a good position to qualify, but in the next match, we will have a different game strategy.”

“A different game strategy – doesn’t mean we are not going to attack, but we are going to be pragmatic. I am calling on the country to support the team. Together, we can achieve the much-needed result that will allow us to get to the next stage of the competition.”

The home-based Leone Stars will square off against the Blue Sharks of Cape Verde on Wednesday, July 27, 2022, at the same venue in the return leg.

The winner on aggregate between the two sides will face 2020 Chan runners-up Mali in the second round, which is the final stage of qualifying later this year.

Morocco won the last competition for the second time after overcoming Mali 2-0 in a thrilling final at Ahmadou Ahidjo Stadium in Yaoundé on February 7 2020, in Cameroon.

The final tournament is expected to run from 8–31 January 2023 in Algeria.

Francis Zapp Koroma post-match – "We're going to keep our attacking style of football no matter the circumstance – it was a good game, we scored two goals. We are in a good position to qualify, but in the next match, we will have a different game strategy."#SaloneTwitter pic.twitter.com/XY0mOiMNGg