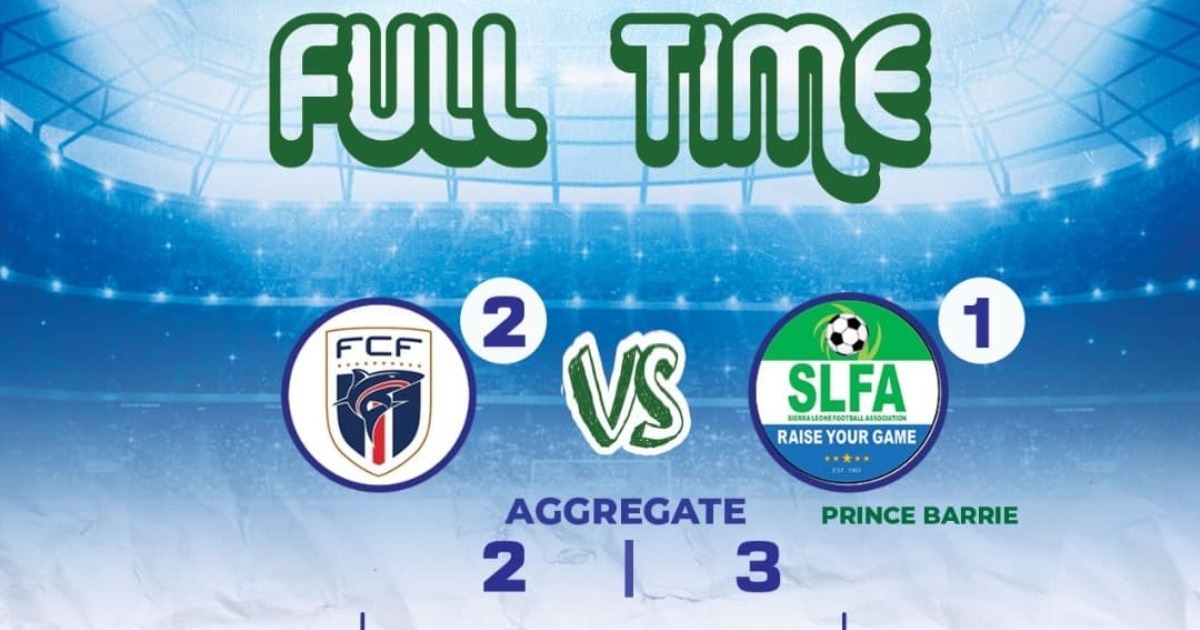 Head Coach Francis Zappa Koroma’s side completed the job despite a 2-1 defeat to Cape Verde in the African Nations Championship second leg qualifier at the Grand Stade de Marrakech in Morocco on Wednesday.

East End Lions winger Prince Barrie scored in the first half for Sierra Leone with a sublime finish after some decent football, but the Cape Verdean rallied an equaliser in the second half.

The Blues Sharks scored the winner in the 82nd minute as they defeated Sierra Leone. However, the local Leone Stars progressed 3-2 on aggregate as they set a date with their Malian counterparts next month.

In the first encounter at the same venue on Sunday, striker Alie Conteh scored a brace to put the West Africans ahead in the contest.

In the next stage, Sierra Leone to host the first leg end of August 2022 in the final round for a place in Algeria 2022 before taking on the Chan 2020 runners-up Mali first week of September.

The home-based Leone Stars were eliminated by Senegal 4-2 on aggregate during the 2018 African Nations Championship qualifiers.

The West Africans were ineligible for the 2020 tournament due to a FIFA sanction.

Morocco was the first team to successfully defend the African Nations Championship (CHAN) trophy after a 2-0 win over Mali in Cameroon in February last year.

The North Africans were made to work hard for their win as both goals came from second-half corners in front of around 6,700 fans at the Ahmadou Ahidjo stadium in Yaounde.