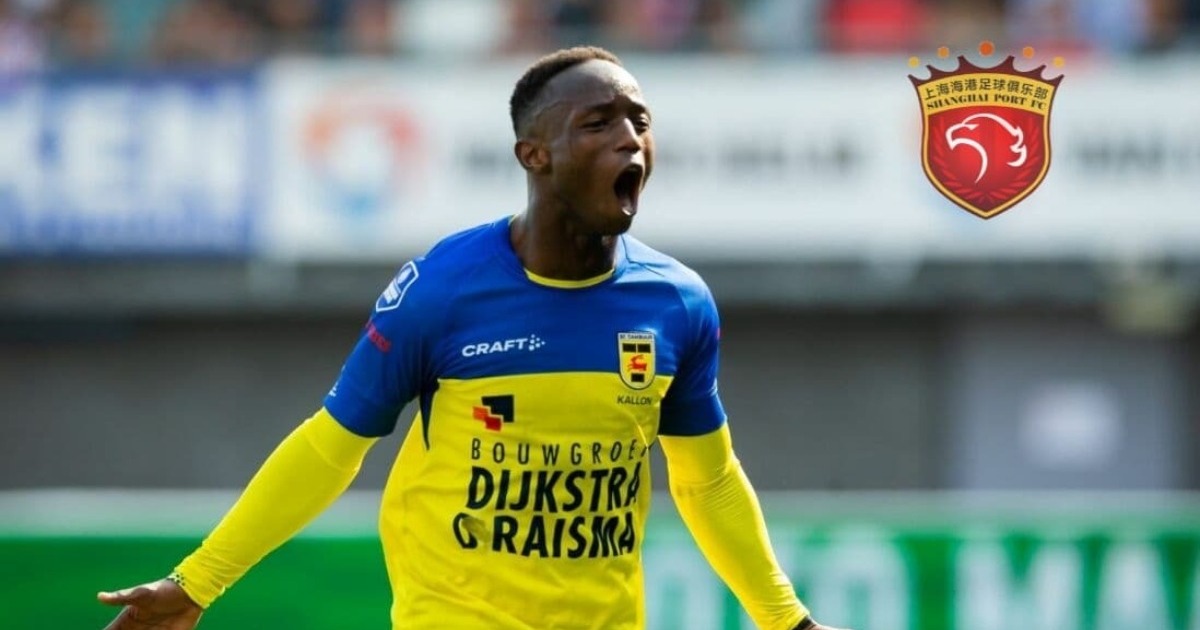 Chinese Super League side Shanghai Port has confirmed that winger Issa Kallon has joined the club.

Kallon, 26, who started his career at FC Utrecht, will start a new adventure in the Chinese top-tier league since announced his departure from the Dutch side of SC Cambuur.

The Sierra Leone International will play outside the Netherlands for the first time since joining Utrecht in 2014. He left SC Cambuur after five years, on 30 June 2022, as his contract expired.

He featured in 33 Dutch topflight matches for Cambuur scoring five goals last season. Overall, 129 games and 22 goals in Eredivisie since 2017.

His last competitive game for Cambuur against Groningen was May 15, where he netted a goal and assisted another in that game for his side in their 3-2 win.