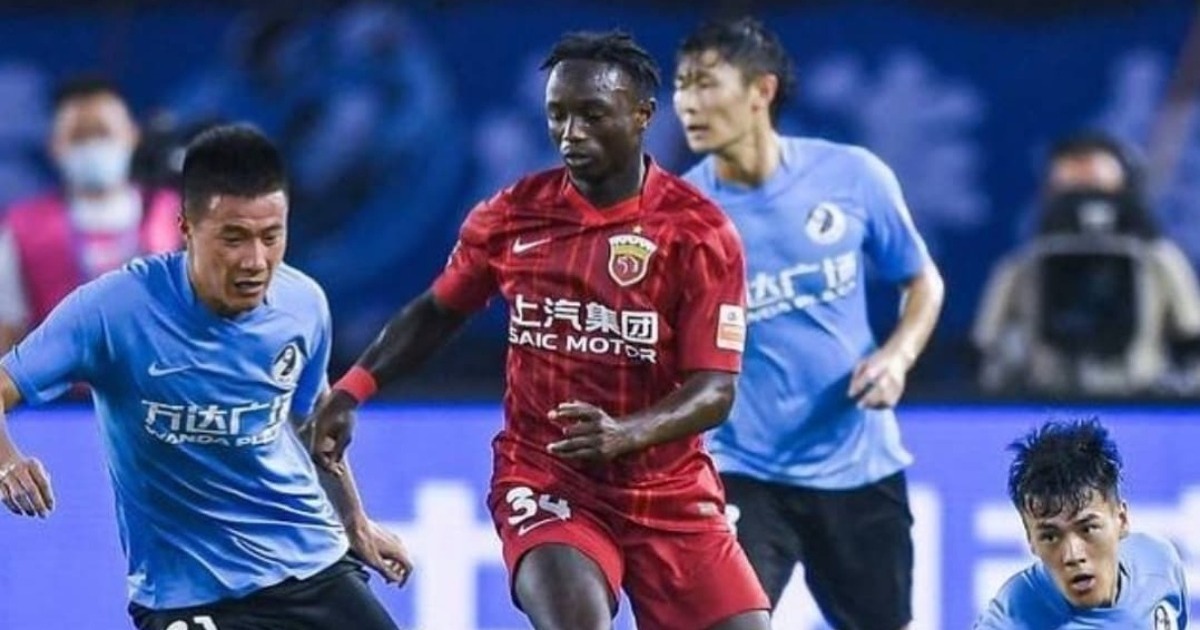 Kallon, 26, who started on the bench, was introduced in the 76th minute to replace Mirahmetjan Muzepper.

The visitors took the lead in the 20 minutes through Lü Wenjun before the home side rallied an equaliser in the 60th minute from a Lin Liangming goal.

The match was the 11th round of the Chinese Super League and took a vital away point to stay 6th on the log.

Meanwhile, former Brazil international Oscar has pledged his commitment to Shanghai Port after news that he is negotiating a transfer from the Chinese Super League (CSL) side back to Brazil.

The midfielder, who played three games for Shanghai Port this season, returned to Brazil after the first phase of the CSL campaign ended in early July but recently made a statement of commitment to the club.

Shanghái Port’s next match is away to Cangzhou Mighty Lions on Friday, August 12th 2022.