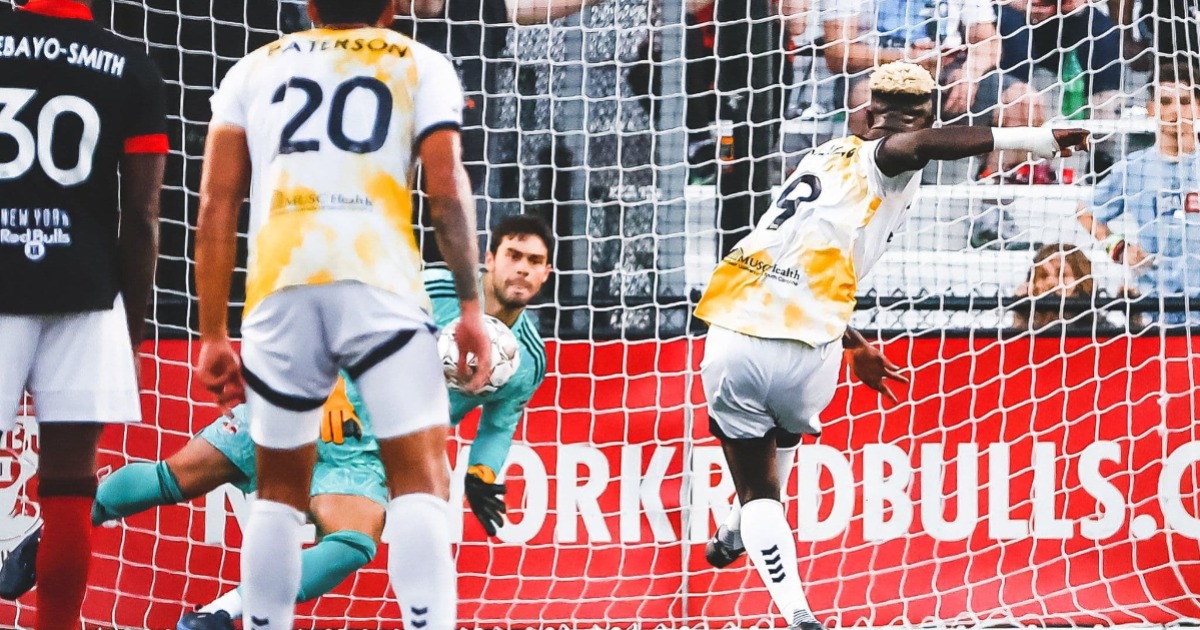 Augustine Williams, 25, is certainly the man of the moment at Charleston Battery.

The Sierra Leone International scored his 50th USL Championship goal in the 32nd minute, helping his Battery’s side to an excellent away victory.

Charleston struck first in the 32nd minute as Augustine Williams converted a penalty kick. They doubled their advantage five minutes after, as Aidan Apodaca collected a loose ball following a long pass from Robbie Crawford and sent a shot into the back of the net.

“I’m thankful to be able to reach this milestone, but I wasn’t able to do it by myself. I want to thank all my amazing teammates and coaches who have helped me to be where I am today,” a delighted Williams told FootballSieraLeone.Net.

Williams, who registered his 13th Charleston Battery goal of the season, reaffirmed that this is just the beginning.

“It’s just the beginning – a renewed confidence has fueled me to want to keep going. I am going to continue to keep my head forward and make sure I keep going higher and higher. Making sure that I accomplish more of the things that I need to be accomplished and scoring more goals to reach more of my goals.”

Battery Head Coach Conor Casey expected his side to build upon the momentum of the result when they head west to face LA Galaxy II on August 20 before returning home on August 27 against Detroit City FC.