Liberia edge Sierra Leone to set a date with Senegal 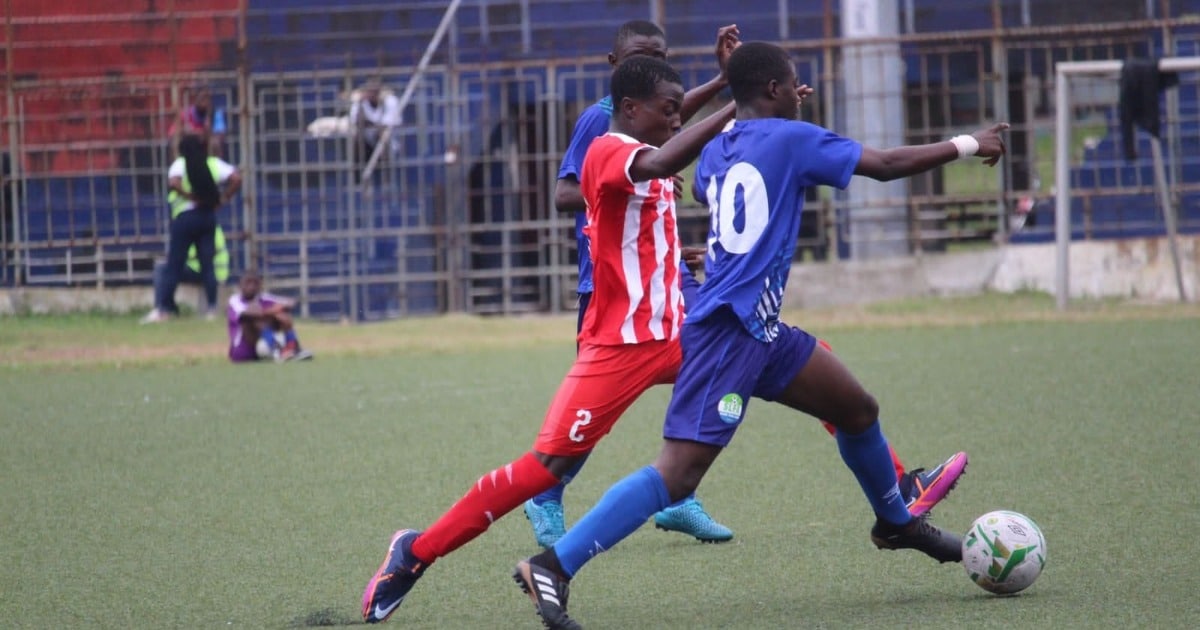 Sierra Leone suffered a back-back defeat in the U15 competition at the Antoinette Tubman Stadium in their final match on Saturday.

The result means Sierra Leone has been eliminated from the tournament after a second defeat conceded five goals scored twice.

Sierra Leone had opened the scoring through starlet Osman Mansaray in the opening three-minute of play before Liberia responded after the visiting keeper Abu Bakar Kamara’s mistake.

Ezekiel Varney levelled the scoreline for the host nations making the score one apiece as both teams went to the break unseparated.

After the restart, Liberia looking more desperate for a win – took the lead for the first time in the match with a delicious goal from Emmanuel Flomo less than two minutes in the latter period.

On Friday, the U15 side from Sierra Leone suffered a 3-1 defeat to reigning champions Senegal at the ATS stadium in Monrovia.

Following the second 2-1 defeat, Liberia and Senegal will battle for this year’s U15 Nations Cup crown at the Antoinette Tubman Stadium in Monrovia at 9:00 Am on Sunday, 21 August 2022.

The winners from this encounter will be crowned champions, but a draw of any score will see the young Lions of Teranga retaining their crown.

Meanwhile, the young lads from Sierra Leone started the tournament on a positive footing thrashing Mauritania 6-0, but the result was nullified after the Mauritanian’s withdrawal due to alleged age cheating.