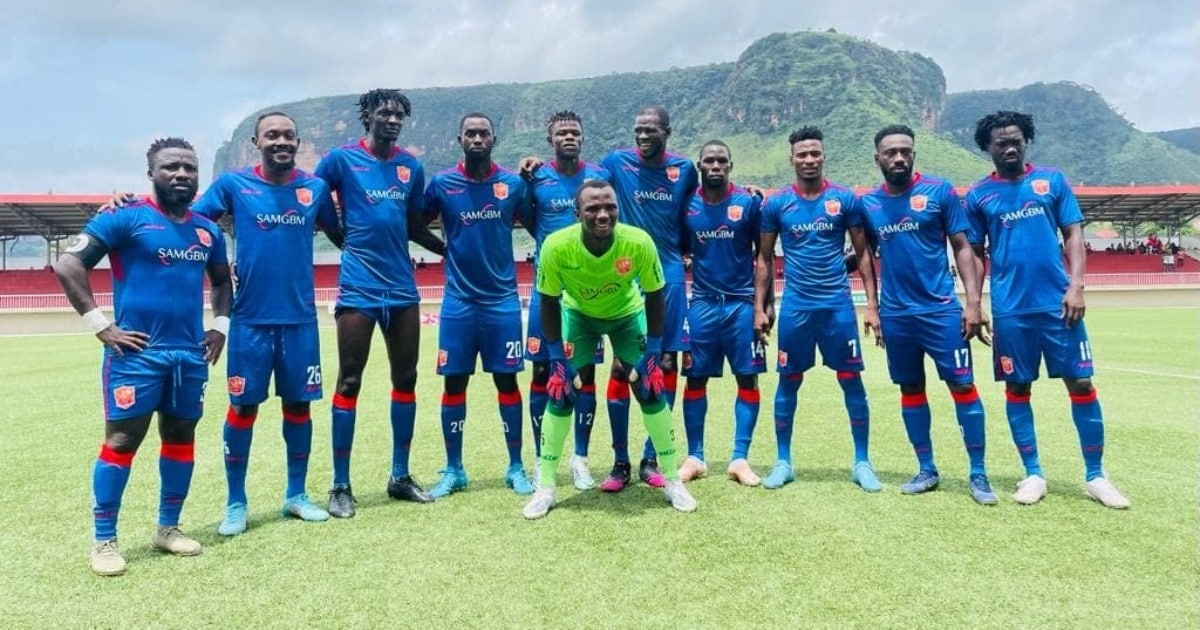 Sierra Leone International Mohamed Kamara made his Horoya AC debut in a 2-1 win over Djoliba AC in the opener of the West Africa Champion’s Cup on Sunday.

On the synthetic turf of Yorokoguiya, goals from Mohamed Djibo Wonkoye and Alseny Soumah were enough for the host team.

Kamara, 23, was named in the Guinean Champions’ starting eleven as they kickstart their four-team pre-season tournament.

Djoliba AC took the lead shortly before the break. The Malians scored from a good combination in the 42nd before Horoya AC, through Mohamed Djibo Wonkoye, levelled the scoreline in the 44th minute.

In the second half, Alseny Soumah scored the winner for the home side and despite the revolt of Djolba AC, the Matamkas remained calm for the rest of the game.

Mohamed Djibo Wonkoye was elected Man of the Match by the organizers.