Yayah Kallon signs for Hellas Verona on loan from Genoa 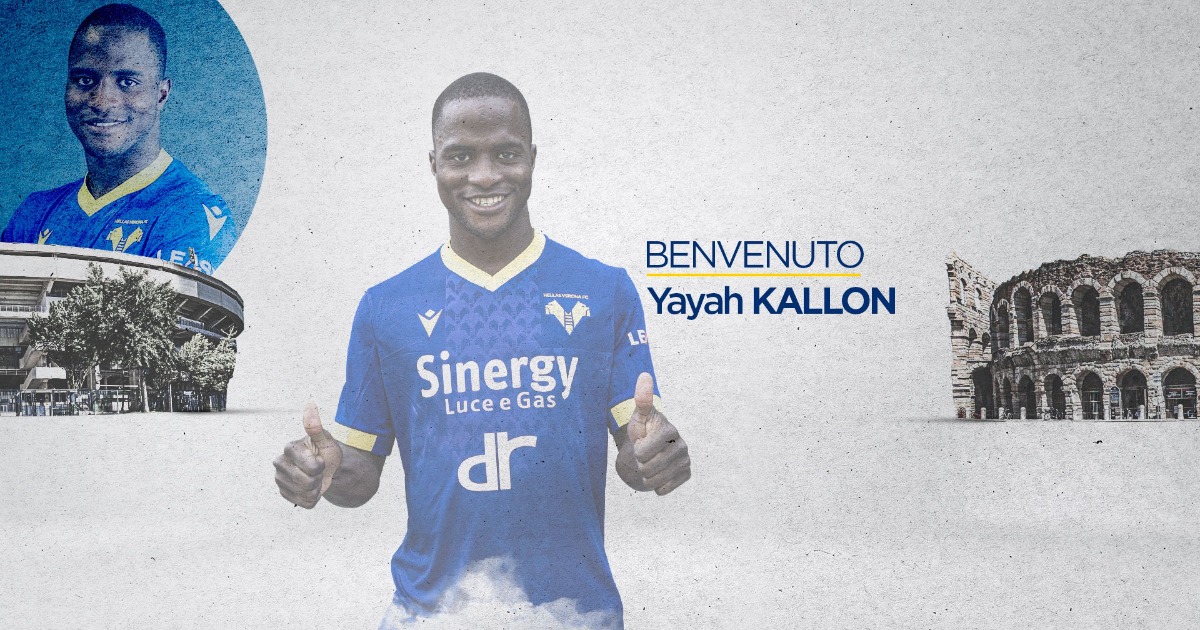 Serie A side Hellas Verona have confirmed the signing of midfielder Yayah Kallon on a season-long loan from Genoa.

The club announced that they acquired the services of the football player Yayah Kallon from Genoa CFC until summer 2023 on an expensive loan with the right of redemption and obligation upon the occurrence of certain conditions.

Kallon, 21, who made his Serie A debut in Genoa’s 1-0 win over Cagliari in May 2021, has been handed a new adventure in the Italian top flight.

The midfielder could make his debut for his new club when they face Atalanta on Sunday.

“His performances with the Ligurians earned him the call of Genoa, with whom he played the Primavera championship for three consecutive years, scoring 12 goals and 15 assists in 41 appearances,” the club said in a statement.

“In the same period, more and more space is made in the First Team, arriving to debut in Serie A on May 22, 2021. At the age of 19, in the match against Cagliari. In the 2021/22 season also comes the first goal among the professionals, signed in the Italian Cup against Perugia.”

Hellas Verona FC extends a warm welcome to Yayah Kallon, wishing him a militancy in the yellow and blue jersey full of personal and team satisfaction.”