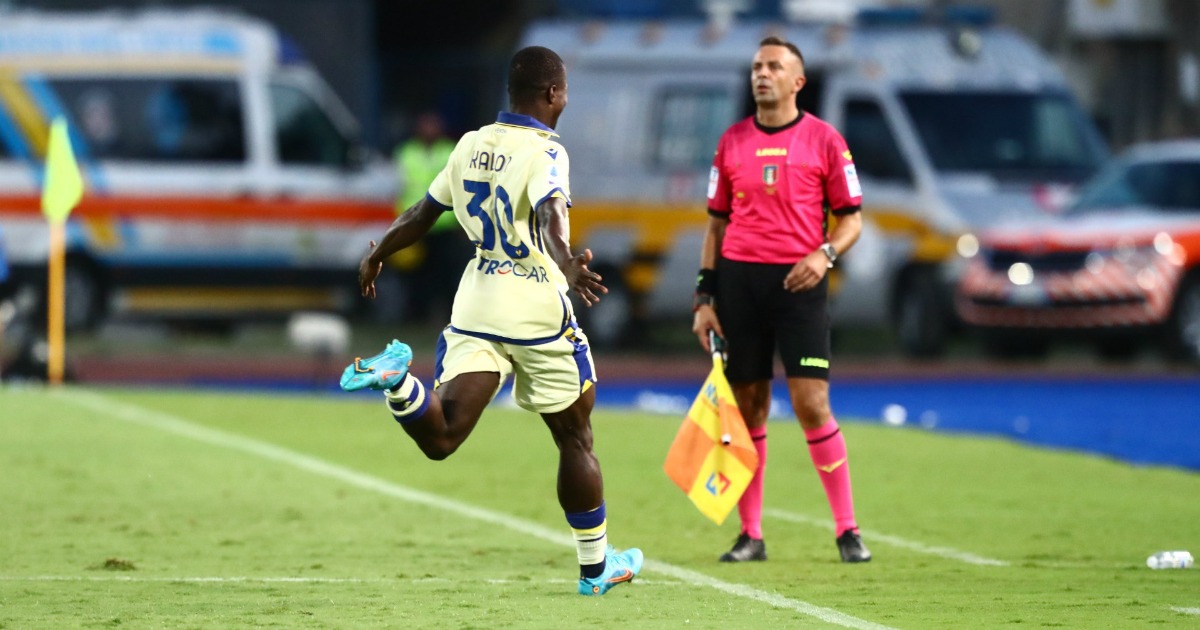 Sierra Leone’s Yayah Kallon made a dream start to his Serie A adventure after scoring on his Hellas Verona debut in their 1-1 draw with Empoli on Wednesday.

Kallon, 21, who joined the Italian side on a season-long loan last month, came on as a second-half substitute to hit the only goal for his side in the 69th minute.

The attacker made the most of Doig’s assist to finish with a perfect shot into the corner to the left of Vicario. It has been a great start to the season for the Sierra Leone attacker.

Hellas Verona remain 16th on the Serie A log after being unable to win in their last four matches.

He was part of Genoa’s 1-0 Serie A win over Cagliari in May 2021 and has been handed a new adventure in the Italian top flight.

The Gialloblù will return to the field on Sunday, 4 September kickoff, at 6 pm, when they will face Sampdoria at the ‘Bentegodi’ stadium, in the match valid for the 5th day of the Serie A.