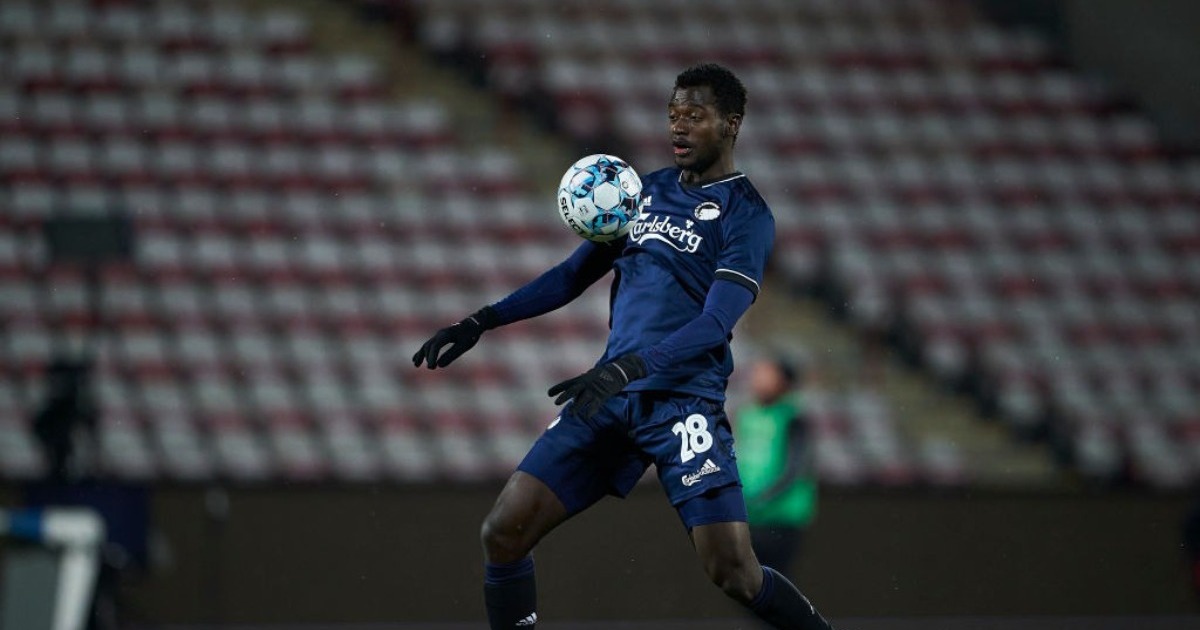 Spanish LaLiga2 side FC Andorra have confirmed the signing of Sierra Leone International Mustapha Bundu from Anderlecht on a season-long loan.

The Andorra la Vella-based outfit, currently playing in the Segunda División, the second tier of the Spanish league system, announced the news on the official Facebook page.

Bundu, 25, who still has a contract with Anderlecht until 2024, will be managed by former Barcelona star Gerard Piqué.

After being loaned to Copenhagen and Aarhus, he has been handed a new chance to revive his professional career.

In his first year in Brussels, Bundu went on loan to Copenhagen in the winter market, while this last year, he played for Aarhus, scoring three goals in 22 games.

In the Danish first division, he was gaining prominence until exploding in 2019-20 when he scored eight goals in 27 games.

His good performances caught the attention of Anderlecht two summers ago, as they signed him until 2024.