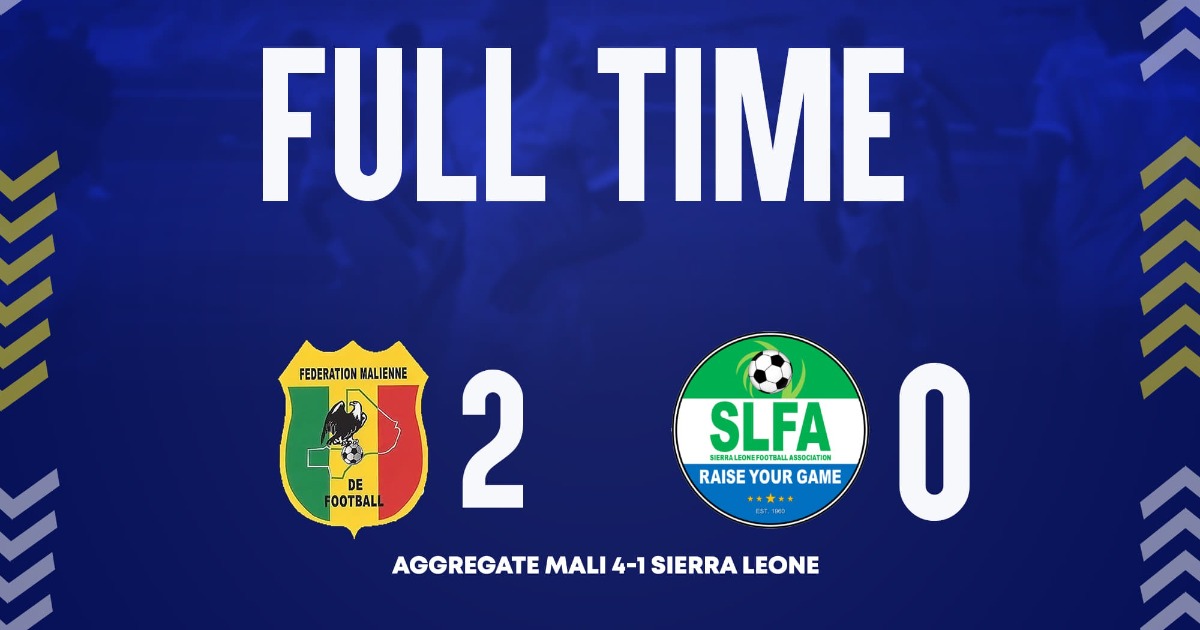 The wait for Sierra Leone local stars to compete in the African Nations Championship will continue after home-based Leone Stars suffered a 4-1 aggregate defeat to Mali in their doubleheader.

Goals from Makan Samabali and Hamidou Sinayoko help the local Les Aigles (The Eagles) book their place in Algeria next year.

Mali sealed qualification for the 2022 African Nations Championship with a 2-0 away win over the Sierra Leone B team at the Stade du 26 Mars on Saturday.

After their first leg 2-1 away triumphs at the SKD Stadium last Saturday,  Mali took the lead through Makan Samabali in the 35th minute before Hamidou Sinayoko wrapped up their victory.

It means Sierra Leone had failed again to participate in the tournament of local players playing in their national league competitions since 2009.

The first tournament was first held in Ivory Coast in 2009 and was won by the Democratic Republic of the Congo.

Elsewhere in Mauritania, Sierra Leone’s U20 national side also suffered a back-to-back defeat in the WAFU Zone A U-20 Tournament.

Following the Shooting Stars’ 3-0 opening defeat to Mali, they suffered a 2-0 loss to host Mauritania at the Stade Cheikha Ould Boïdiya on Saturday.

A total of five goals were conceded without any reply from coach Sillah’s side.

They will face Guinea-Bissau in their final group match. However, as it stands, they are heading home after two defeats.

No place for Sierra Leone home-based stars in next year's #2023CHAN finals in Algeria after they suffered another 2-0 defeat to @femafoot in Bamako on Saturday.

Another 2-0 defeat to host @ffrim & they have conceded 5 goals in their opening two matches.