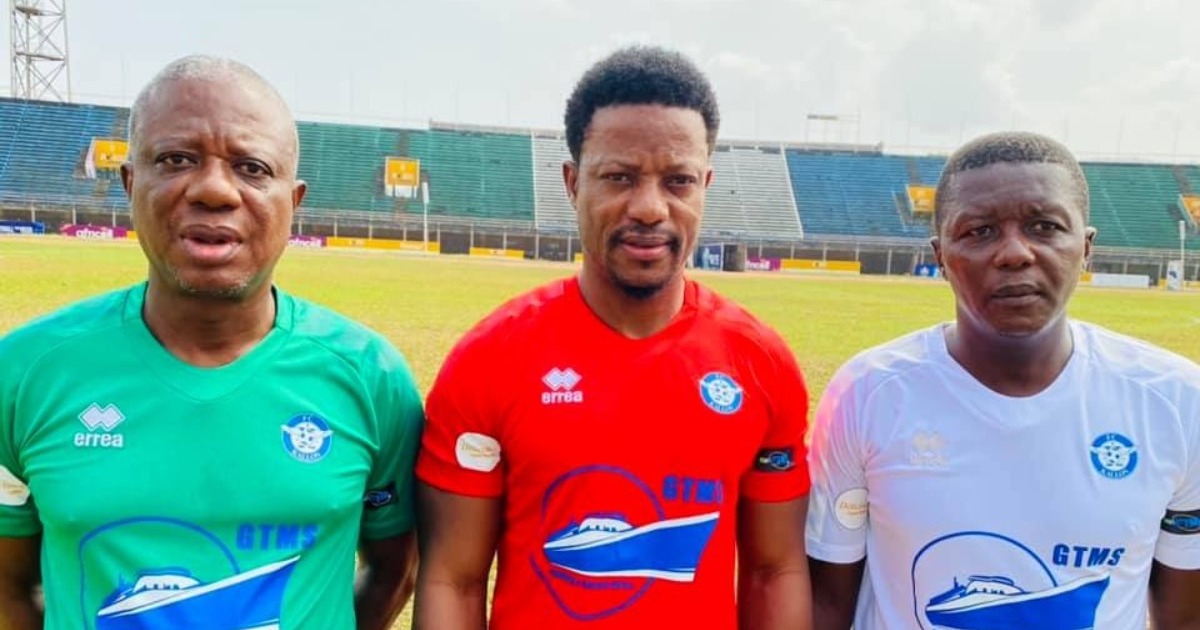 Sierra Leone’s Kallon brothers Musa, Mohamed, and Kemokai (in the photo) have all been named in the technical line-up for their club’s first inter-club outing in Benin since 2012.

The youngest of the three, Mohamed_Kallon3, a Uefa Pro Licence holder, is expected in the dugout when his club FC Kallon named after him, battles Les Buffles du Borgou at the Stade de l’Amitie in Cotonou, Benin on Friday.

They are well known around the football fraternity circle as all three were in the same squad for Sierra Leone during the 1996 Africa Cup of Nations qualifying win over Niger.

Elder brother Musa Kallon after retiring as a player led Sierra Leone U-17 side to the 2003 FIFA U-17 World Championship in Finland. He guided his U17 side to a second-place finish in the 2003 African U-17 Championship.

FC Kallon is no stranger to the continental stage – In 2007, fifteen years ago, FC Kallon eliminated Nigerian side Ocean Boys 1-0 on aggregate in the African Champions League preliminary after both sides played to a goalless draw in Nigeria.

In the 2012 CAF Confederation Cup, FC Kallon eliminated Cameroon’s Union Sportive de Douala in the preliminary but faced stiff competition against Nigerian Warri Wolves. The Nigerian side won 2-0 on aggregate after a goalless first leg in the first round qualifiers.

During the club’s last outing on the continental stage, the owner/ striker even netted a free-kick to help his side defeat Union de Douala of Cameroon 2-0 in Freetown to advance 2-1 on aggregate to the round of 32.

Clubs that received a bye to Second Preliminary Round

CAF has said following the withdrawal of Botswana’s Security Systems, FC St Eloi Lupopo (DR Congo) is qualified for the next round.

Former @intermilan & @AS_Monaco striker @mohamed_kallon3 is expected in the dugout when his club FC Kallon take on #LesBufflesduBorgou at the Stade de l'Amitie in Cotonou, Benin in their interclub first leg preliminary on Friday.#SaloneTwitter #africanfootball pic.twitter.com/5Jog7bu4ER