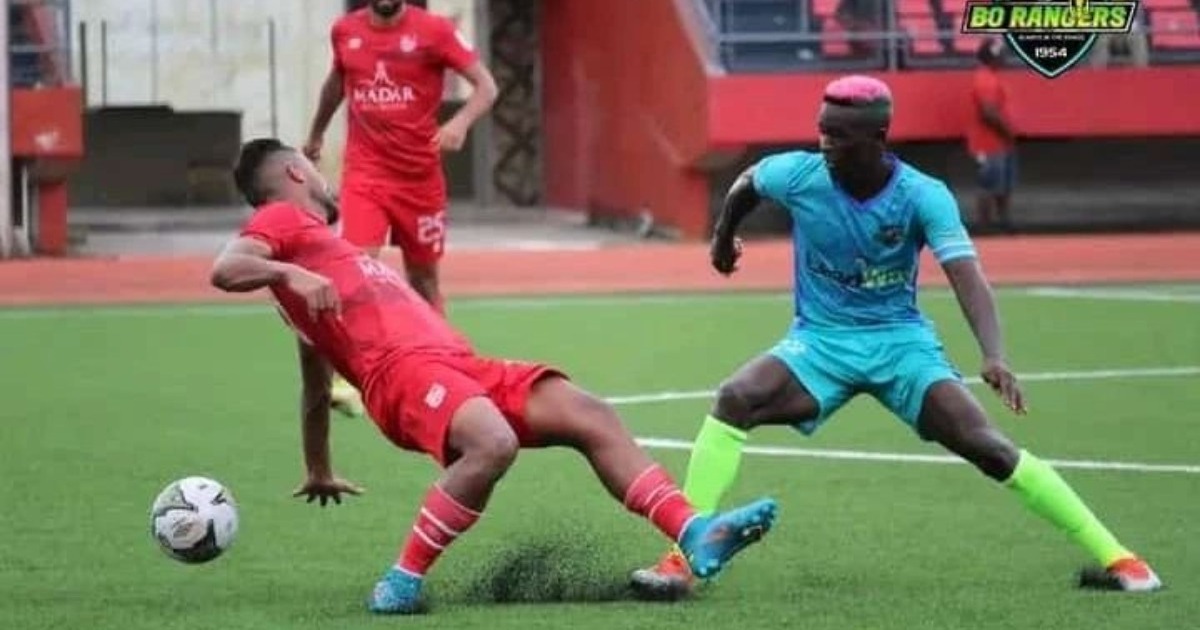 Bo Rangers and CR Belouizdad began their CAF Champions League campaign with a share of the spoils following a goalless draw in the Liberian Capital.

The Sierra Leone Champions put up a good fight as they were held to a 0-0 draw by Algerian Champions CR Belouizdad in the first leg of their CAF Champions League preliminary round clash at the SKD Stadium in Liberia on Saturday.

The West African side gave a good account of themselves as they made their debut in the competition against a tough North African competitor.

Despite missing two key players, the likes of Amadu Mansaray and Abu Bakarr Samura, the host came close to scoring when Suffian Kalokoh hit the target but was denied by the post.

The result was a respectable scoreline against a team that was in the quarter-final in the last competition.

The goalless draw will boost Ranger’s confidence ahead of the return leg on Saturday, 17th September, at the Stade du 8-Mai-1945, Setif, Algeria.

Meanwhile, Bo Rangers have confirmed that they arrived safely in Bo from Monrovia, Liberia, on Sunday. The team will depart for Conakry, Guinea, en route to Algeria ahead of the reverse fixture.

The Algerians also arrived at 3:40 on Sunday in Algiers from Liberia after playing the CAF Champions League first preliminary round match against Sierra Leonean Bo Rangers. 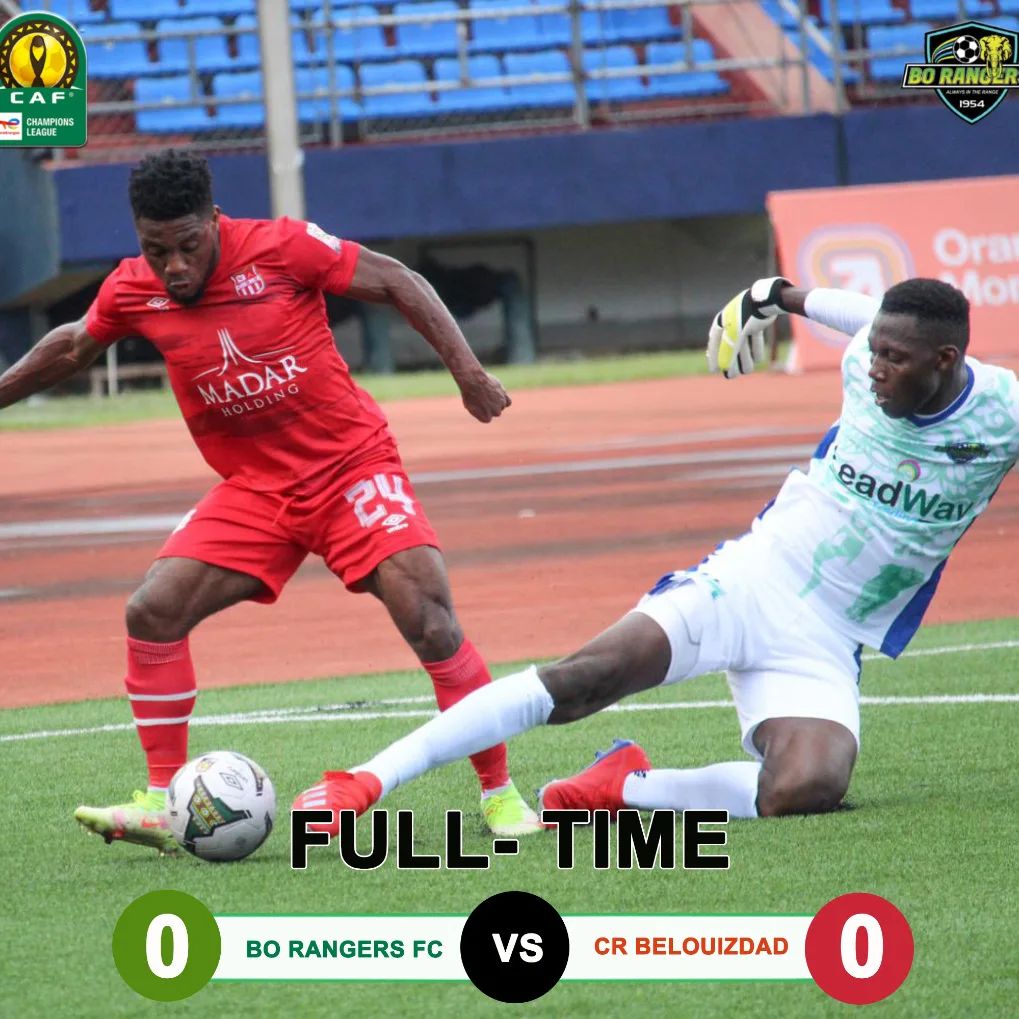