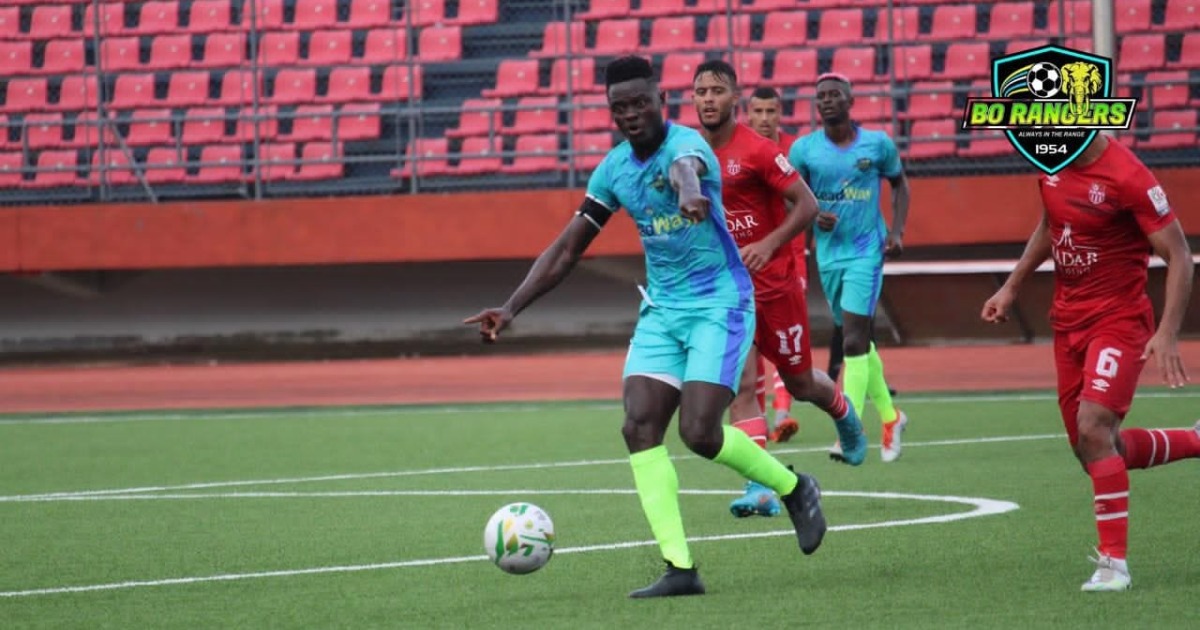 A win for Sierra Leone champions Bo Rangers at the Stade du 8-Mai-1945 in Algeria on Saturday, will see them progress to the next stage of this year’s CAF Champions League.

Ranger’s skipper Saidu Bah has expressed optimism as they prepare for their decider against the Algerian champions CR Belouizbad this weekend.

They were held to a goalless in the first leg in Monrovia on Saturday. However, the midfielder remains positive about a Rangers victory in Saturday’s clash.

“We’ve done a great job in Liberia playing to a goalless with one of Algeria’s best clubs and a top African side ‘s top giants,” he told footballsierraleone.net.

“We are debutants in this competition, but we are determined to do our homework right on Saturday despite playing away from home”.

When asked whether CR Belouizbad’s home tie will give them the advantage – Bah replied, “Football is no longer about playing at home despite their fans will serve as the twelfth player in crunch tie,” he added, “We are not here for child’s play, I am sure, we can get what we want despite the match will be tough.”

He continued: “As a group, we must give a 100% commitment from the start of the match to the final whistle. We are not here to represent Bo Rangers alone but Sierra Leone as a nation.

So, soccer fans must remember us in their prayers. The nation must get behind us. Hopefully, we’ll surely make them proud to take the team to the next round of qualifiers.”

By Martin Wusha in Algeria – Connect with us @football_sierra – on Facebook/ Instagram, Football Sierra Leone, and National News.