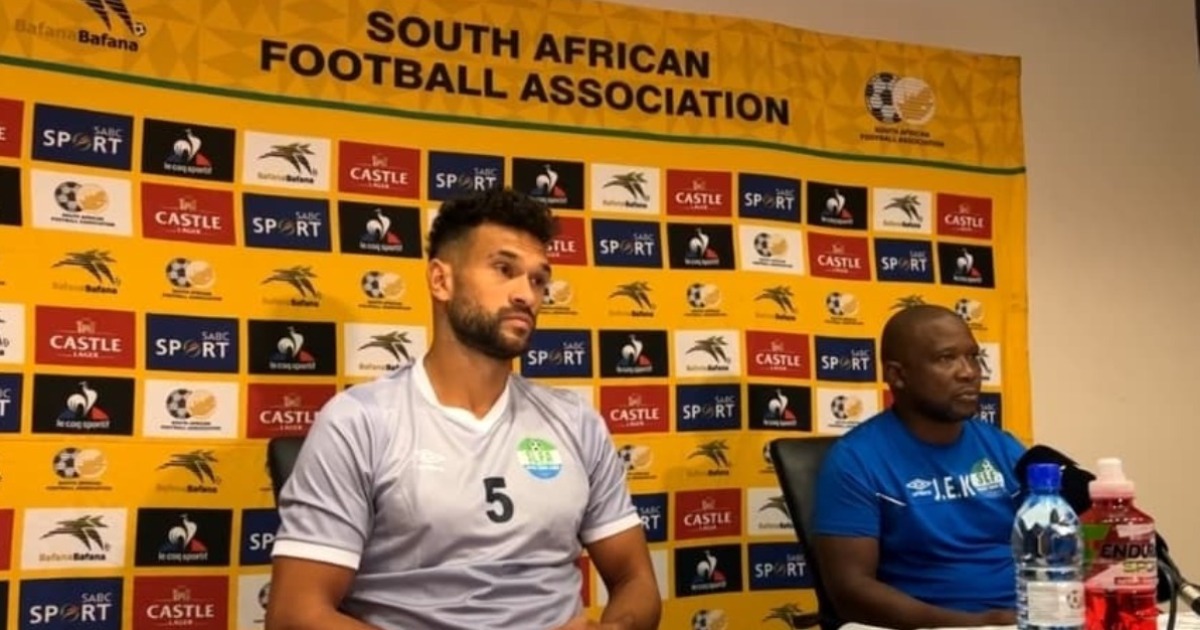 Sierra Leone skipper Steven Caulker has admitted they want to maintain their unbeaten record over South Africa when the two nations lock horns on Saturday.

The former England International has been leading a new generation of Leone Stars players after the Nations Cup in Cameroon this year.

The former African Champions South Africa will engage Sierra Leone for the fifth time at the FNB stadium on Saturday.

The iconic 94, 736-seater FNB stadium in Nasrec, near Johannesburg’s Soweto, will host the fifth meeting between the two nations. Kickoff 1:00 pm Sierra Leone on Saturday, September 24.

Both nations are using the contest as preparation for next year’s Africa Cup of Nations qualifiers.

When answering a question on Sierra Leone’s record over the host team, he assured that they want to maintain that record.

“We look to maintain that record – I wasn’t aware that we have such a record against South Africa. We must play well for our country and get a result. On a good day, we would like to get a result with a clean sheet.”

Head Coach John Keister, during his pre-match conference, has said that the tie will be a competitive contest as they’re looking to get to a winning habit.

“Saturday’s type is going to be competitive. We want to win football matches. These are the type of matches you want to come to and give a good account of yourself. We want to get into a good habit of winning. Winning is a habit.”

On the Issue of visa delay causing the late arrival of some of his players – Keister made it clear he would love to get his players early, but at the same time, he doesn’t want to make excuses.

“The unfortunate situation coming here is not ideal, but again I have a group of players with a good mentality.”

Bafana Bafana’s last outing was in June, where they bowed 2-1 to Morocco despite taking an eighth-minute lead through Lyle Foster inside Prince Moulay Abdellah Stadium, Rabat.

The Leone Stars’ last outing in the Africa Cup of Nations matchday two qualifiers was a 2-2 draw with Guinea Bissau in June at the Stade Général Lansana Conté, Conakry.