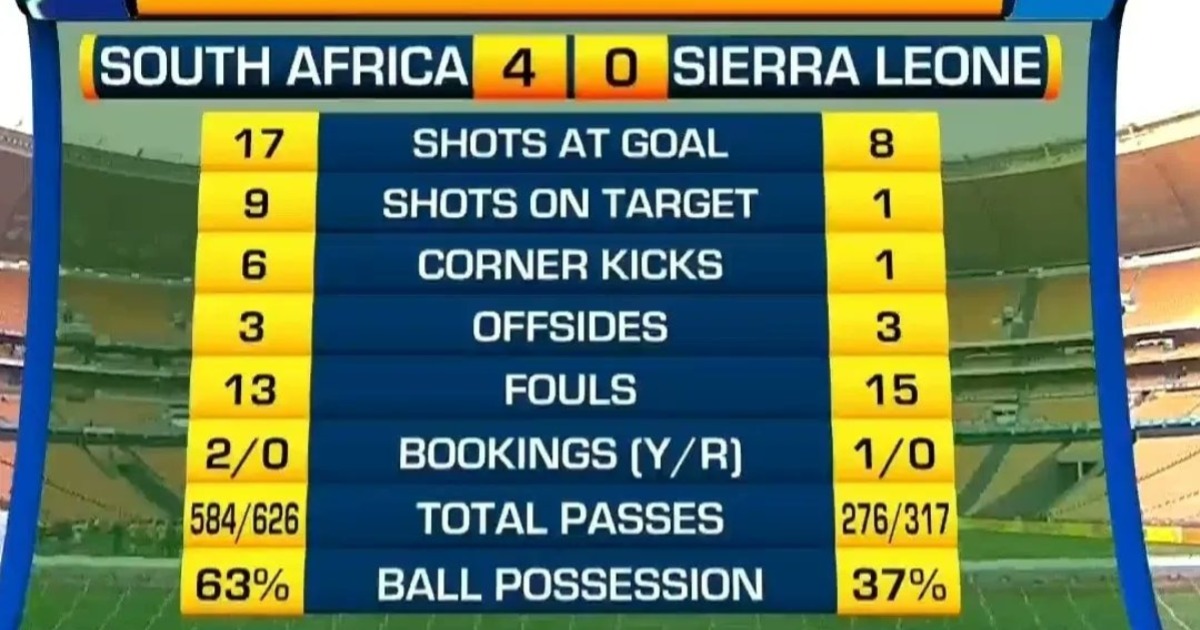 Sierra Leone’s unbeaten record has now been thrashed at the FNB stadium after they succumbed to a 4-0 defeat on Saturday.

The former African Champions Bafana Bafana of South Africa have recorded their first triumph over the Leone Stars of Sierra Leone in an international friendly at the FNB stadium on Saturday.

The host’s first goal came through Themba Zwane, the midfielder, who received Zakhele Lepasa’s pass and gave South Africa the lead after he brilliantly turned inside the box to lose his marker before firing beyond Kamara into the net in the 31-minutes.

Sierra Leone struggled the entire first half as the host took full advantage to keep their lead.

After the restart, Bafana Bafana doubled their lead through a Mayambela tap-in into an empty net on debut after some brilliant work from Lepasa, who drew Kamara out of his goals before picking out his teammate.

Brilliant Themba Zwane scored a brace to give the host their third of the day in the 64-minute after another great inter-change football.

In the 72-minute, the South Africans completed their onslaught on coach John Keister’s side when they extended their lead to four through Modiba’s goal.

Sierra Leone has failed to win in their last three games. The Leone Stars’ previous outing in the Africa Cup of Nations matchday two qualifiers was a 2-2 draw with Guinea Bissau in June at the Stade Général Lansana Conté, Conakry.

The Leone Stars will now turn attention to Tuesday’s encounter with DRC Leopards at the Stade Père Jégo in Casablanca. 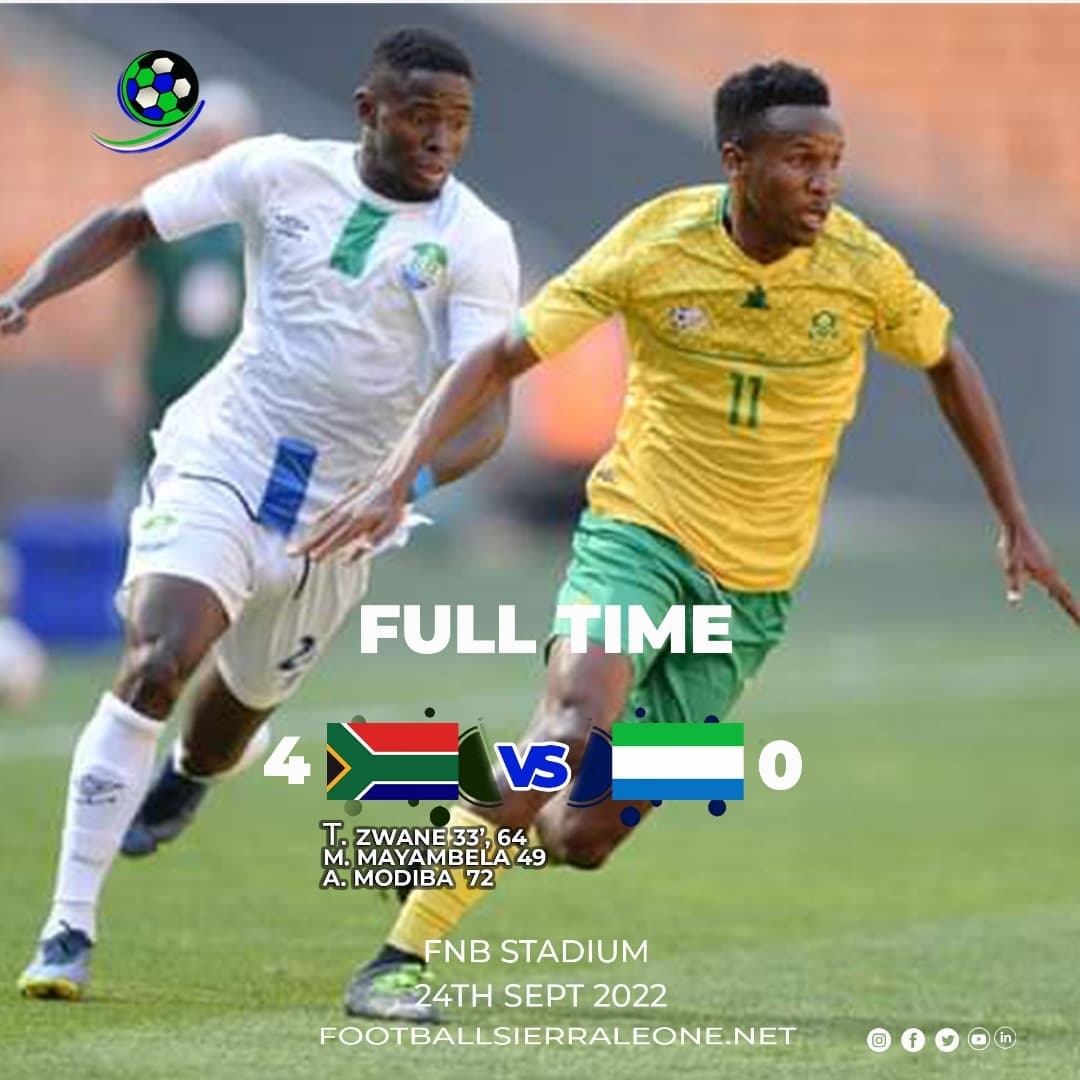