Another crushing defeat as Sierra Leone fall to DRC Leopards 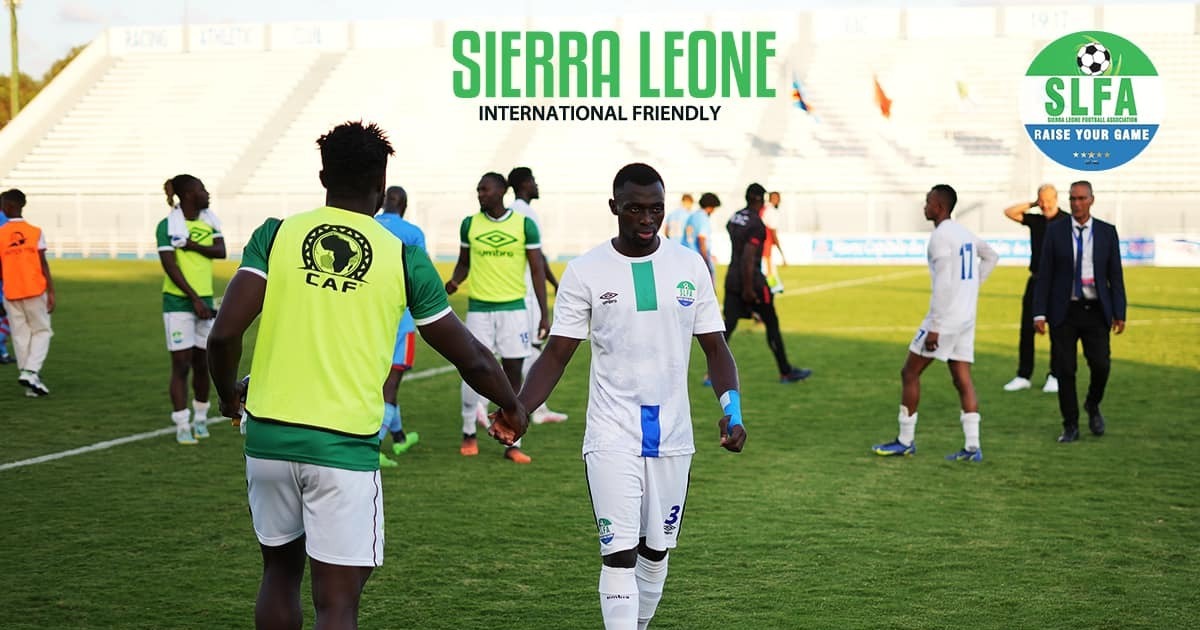 Sierra Leone senior team Leone Stars was again put under the microscope following their 3-0 loss to DRC Leopards at the Stade Père Jégo on Tuesday.

Before this tie, Sierra Leone was heavily defeated 4-0 by South Africa at the FNB stadium on Saturday.

After a much better performance in the first half against DRC, they conceded three goals in four minutes in the second half.

Malenga Ngita Ben opened the scoring in the 70-minute before Kayembe Kayemba Edo doubled the Leopards’ lead in the 72nd minute.

Elia Lina Meshak scored their third in the 74th minute to dismantle their West Africa counterparts.

As a result, they conceded seven goals in their two International friendlies this month – and both results have sparked widespread criticism among soccer fans.

Both matches were part of a training International ahead of next year’s African Cup of Nations qualifiers against Sao Tome in March 2023. 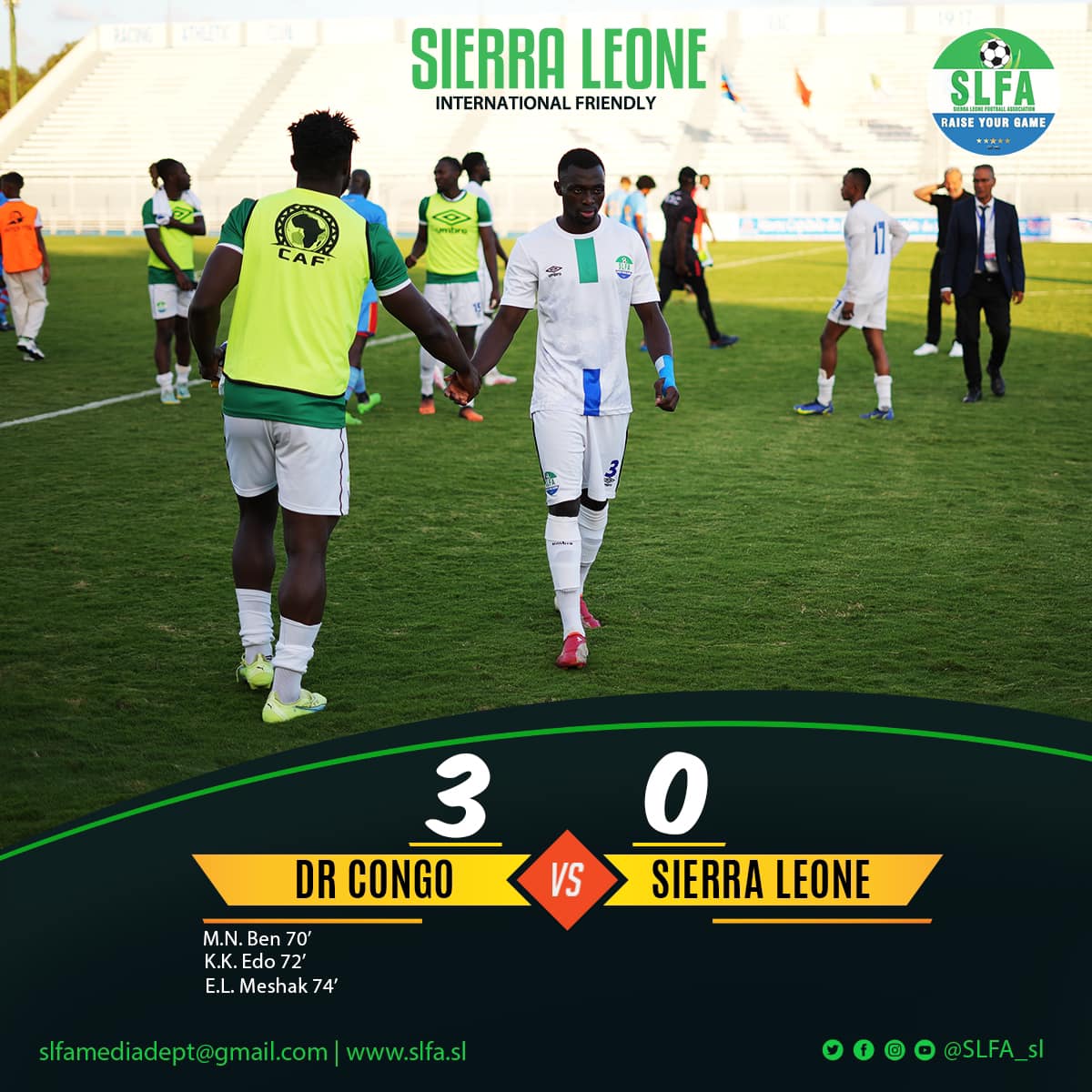