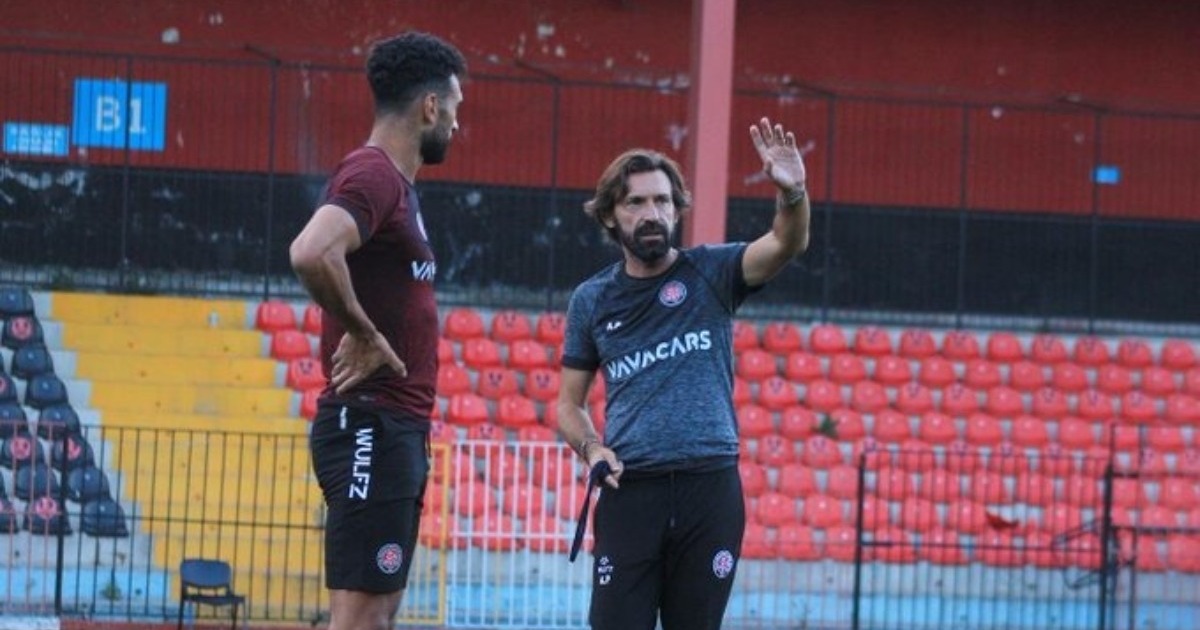 Steven Caulker’s Fatih Karagümrüksuffered a 5-4 defeat to his former club Fenerbahçe in week nine of the Spor Toto Super League on Sunday.

The Sierra Leone defender in the photo with manager Andrea Pirlo was a 72nd-minute substitute replacing Ebrima Colley in a thrilling encounter at the Ulker Sukru Saracoglu Stadium.

It was his third appearance for the Turkish side as they suffered a back-to-back defeat for Fatih Karagümrük under the supervision of Italian manager Andrea Pirlo.

Miguel Crespo opened the scoring fpr the host in the night minute. Fabio Borini scored a brace, and Ivorian Jean Edvard Kouassi and Burak Kapacak were also on the score sheet for the visitors.

Remberto Valencia Lastra scored a hattrick to put the home side back in front as Belgian Michy Batshuayi completed the victory in the 95th minute.

Fatih Karagümrük’s next league outing is at home against Hatayspor next weekend.