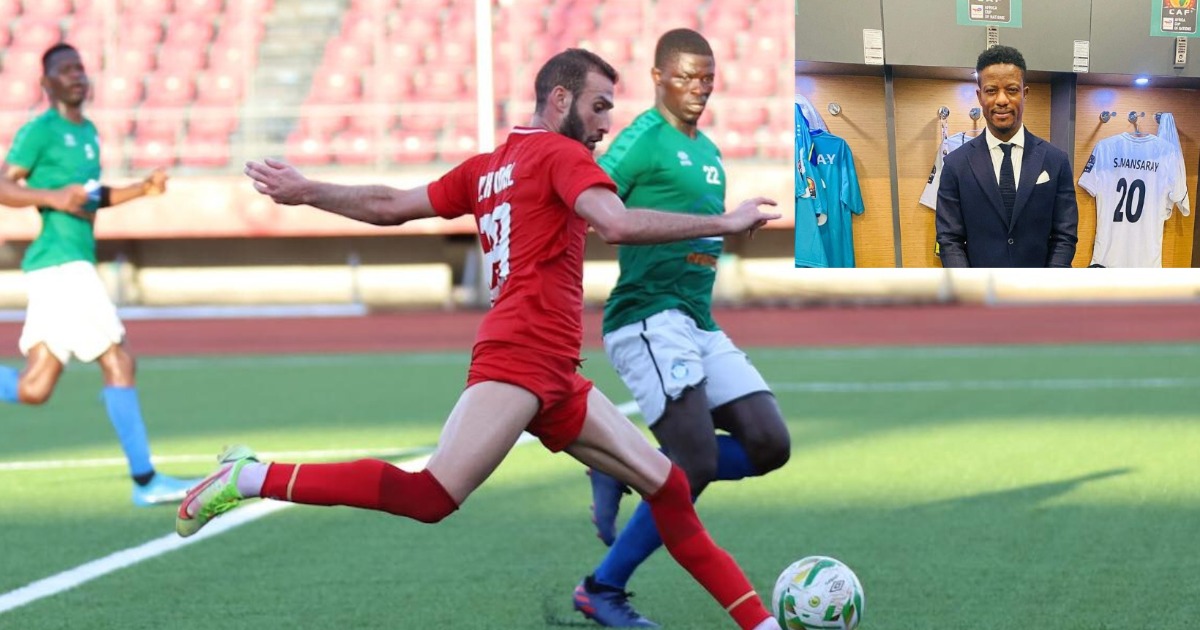 FC Kallon boss Mohamed Kallon is set to face a huge challenge of his coaching career when the club he owns squares up against Egyptian side FC Future in their CAF Confederation preliminary second-round second leg on Sunday in Egypt.

The 43-year-old was able to mastermind first round 4-0 aggregate consecutive victory over Les Buffles du Borgou of Benin.

However, after their first leg 2-0 defeat against Egyptian side FC Future in Liberia, the ex-Inter Milan striker now faces a massive test to overturn the scoreline.

The Egyptian side Future FC took a brilliant first-leg advantage against Sierra Leone’s FC Kallon after a 2-0 win at the SDK stadium in Liberia last Sunday.

As a result, they are within touching distance of a place in the African Confederation Cup next stage.

The former Inter Milan and Monaco forward told Journalist Fajah Barrie: “We’re going to play an open match in Cairo in the return leg – anything can happen in football.”

Kallon’s elder brother, Musa, a member of the Cavaliers technical team, said: “We lost because of naivety and inexperience, but all is not lost. We are going to fight hard to overturn the result in Cairo.”