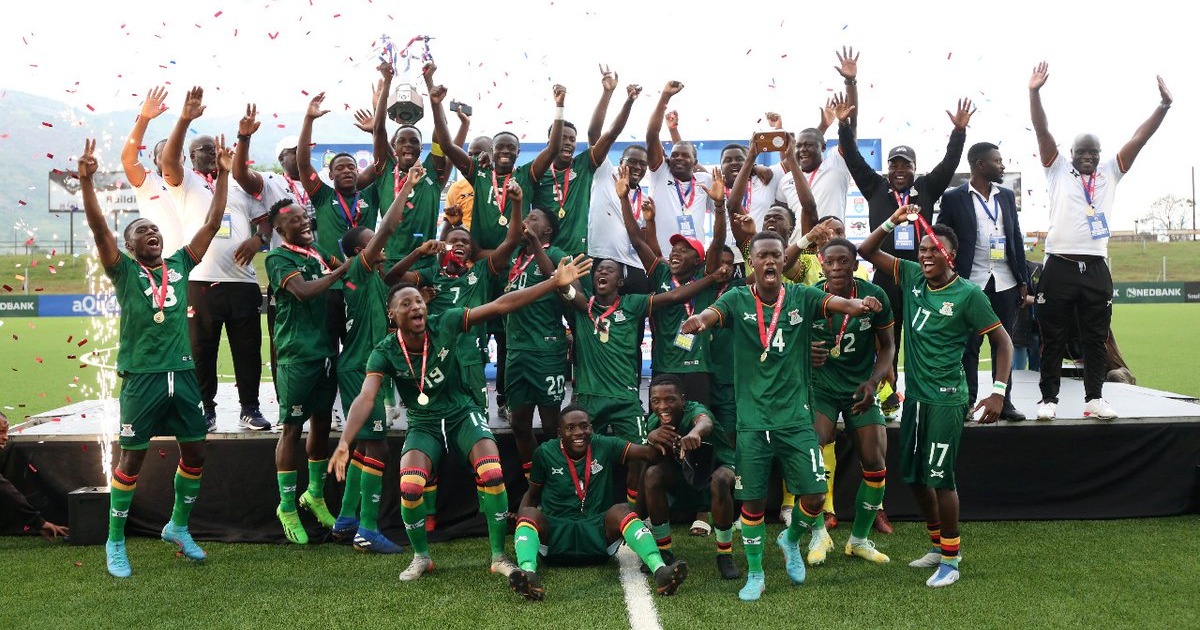 Zambia was crowned as the new Cosafa Under-20 champions after defeating Mozambique’s previous title holders 1-0 in Manzini on Sunday.

As a nation, they claimed their twelfth regional trophy with a 1-0 victory over defending champions Mozambique in the final of the TotalEnergies U20 AFCON Egypt 2023 COSAFA qualifier in Eswatini on Sunday.

In West Africa, Senegal, the Gambia, will represent WAFU Zone A whilst Benin and Nigeria from WAFU-UFOA Zone B at the final phase of the U-20 Africa Cup of Nations 2023 scheduled for Egypt.

Cameroon will host the Africa Central Zone qualifiers dates to be determined.

The top four teams in Egypt will represent the continent at the World Cup.

Zambia are the TotalEnergies U20 AFCON Egypt 2023 – COSAFA Qualifier champions after their 1⃣➖0⃣ victory against Mozambique in Eswatini on Sunday.#SABCSportFootball pic.twitter.com/R9bnsuXGtb