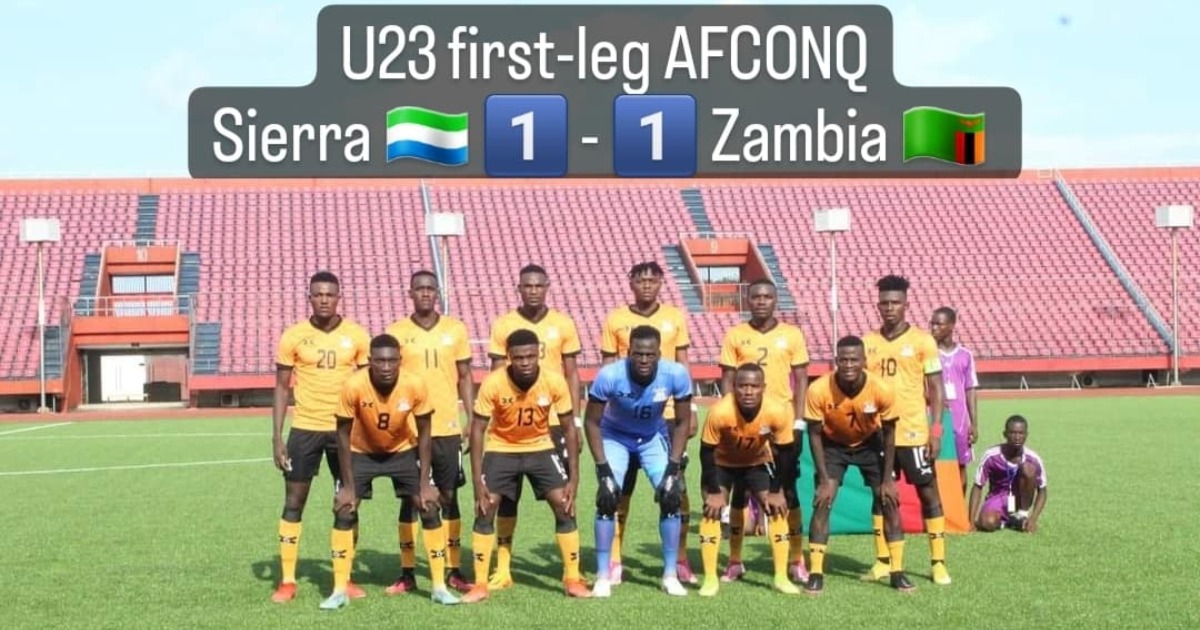 Young Chipolopolo of Zambia secured a vital 1-1 draw with the Sierra Leone U23 side in the first leg of the Africa U-23 Cup of Nation qualifier at the SDK Stadium in Liberia on Saturday.

FC Kallon striker Alie Conteh opened the scoring in the 59th minute from the penalty spot. Sierra Leone held on until the 91st minute when the visitors grabbed their equaliser through Joshua Mutale’s spot kick.

Coach Amidu Karim named a strong side which includes five foreign-based players, but a last-gasp blunder gave the visitors a crucial away goal ahead of the second leg in Zambia.

Next Saturday, the Zambians will be playing in front of their home crowd at Heroes Stadium on 29 October as both sides bid to reach the next stage of the African Cup of Nations U23 qualifiers.

The home side will be in search of an unprecedented third straight U23 AFCON qualification after making group-stage exits from the 2015 and 2019 tournaments.