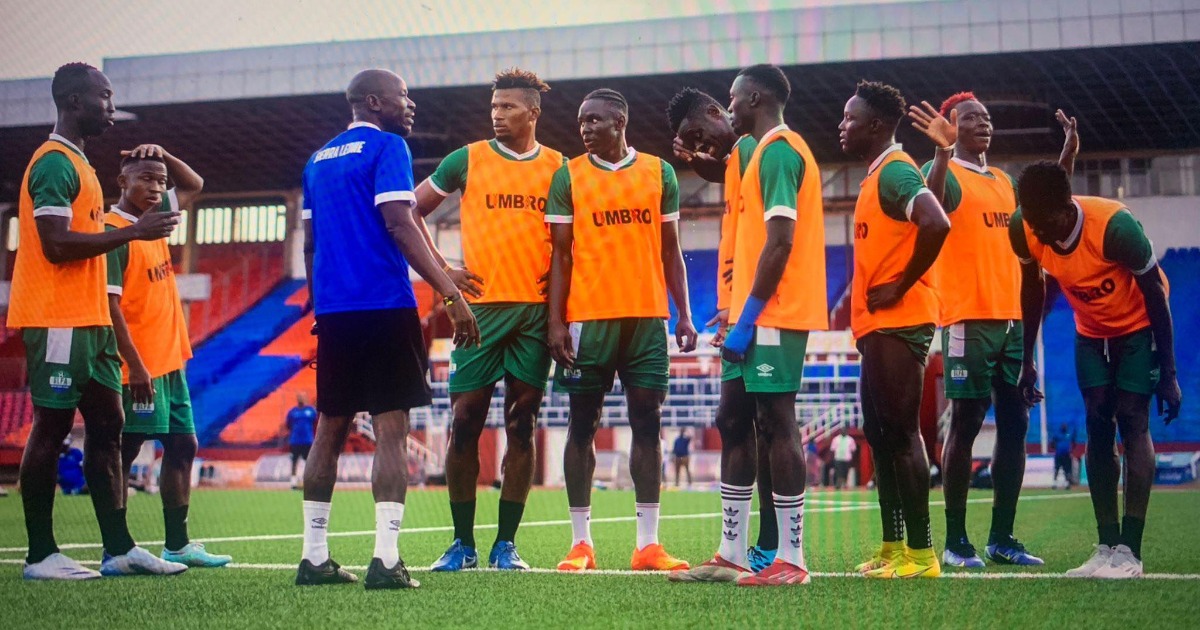 Sierra Leone U23 head coach Amidu Karim says he is confident of a positive result in the decider between Sierra Leone and Young Chipolopolo of Zambia at the Heroes Stadium next weekend.

Zambia’s last-gasp equaliser secured a vital 1-1 draw with the Sierra Leone U23 side in the first leg of the Africa U-23 Cup of Nation qualifier at the SDK Stadium in Liberia on Saturday.

Alie Conteh put the home side in front in the 59th minute from the penalty spot, but the visitors rallied to grab their equaliser through Joshua Mutale’s spot kick in the 91st minute.

“The boys performed well in Liberia despite the draw. I’m optimistic that we will win and qualify in Zambia,” Coach Karim told FSL News.

“I am pleased with the overall performance of the team and the foreign-based players – they played well, but Emmanuel Samadia remains a doubt for the return match as the rest will be part of the squad.”

Next Saturday, the Zambians will be playing in front of their home crowd at Heroes Stadium on 29 October as both sides bid to reach the next stage of the African Cup of Nations U23 qualifiers.

The home side is searching for an unprecedented third straight U23 AFCON qualification after making group-stage exits from the 2015 and 2019 tournaments.

Over two legs, the aggregate winner will face either Egypt or Eswatini in the final qualifying round. The U23 AFCON tournament will serve as a ticket for the U23 Paris 2024 Olympics.

After a 1-1 first-leg U23 meeting, the young Leone Stars of Sierra Leone will go toe to toe in the decider with young Chipolopolo of Zambia on Saturday 29th October at the Heroes Stadium in Lusaka. @FAZFootball @CAF_Media @zambianfootball #SaloneTwitter #Africanfootball pic.twitter.com/XuEL3AIcsv