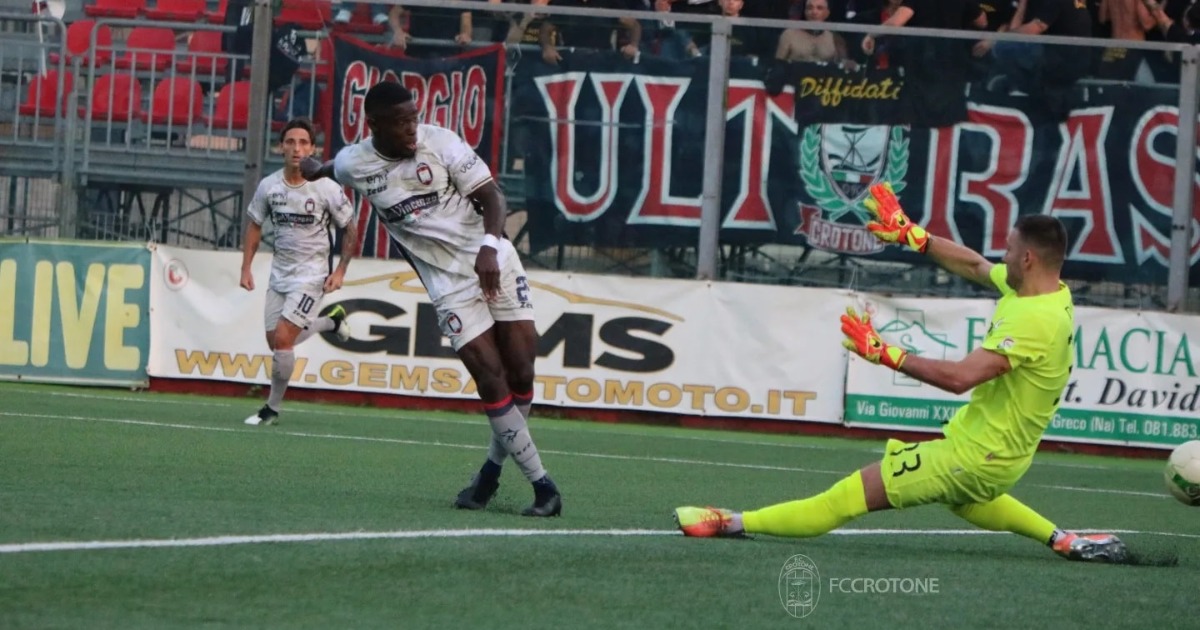 Riccardo Maniero put the home side ahead in the opening 13-minutes before Kargbo, 23, drew parity for the visitors in the 30th-minutes.

Crotone went ahead in the 32nd minute through Guido Gomez as they held their lead into the second half.

Seven minutes into the restart, Alessio Tribuzzi scored the third for Crotone in the 52nd minute.

The home does not lie down – they rallied a second in the 72nd minute as Riccardo Maniero completed his brace to make it 3-2. But the visitors ensured a two-goal gap when Cosimo Chirico scored after receiving a pass from the Sierra Leone International Kargbo.

As a result, they sit second behind Catanzaro in their Group C Lega pro table with 25 points from ten games thus far.

Their next outing is against Picerno on the 30th as they chase promotion back to Serie B.