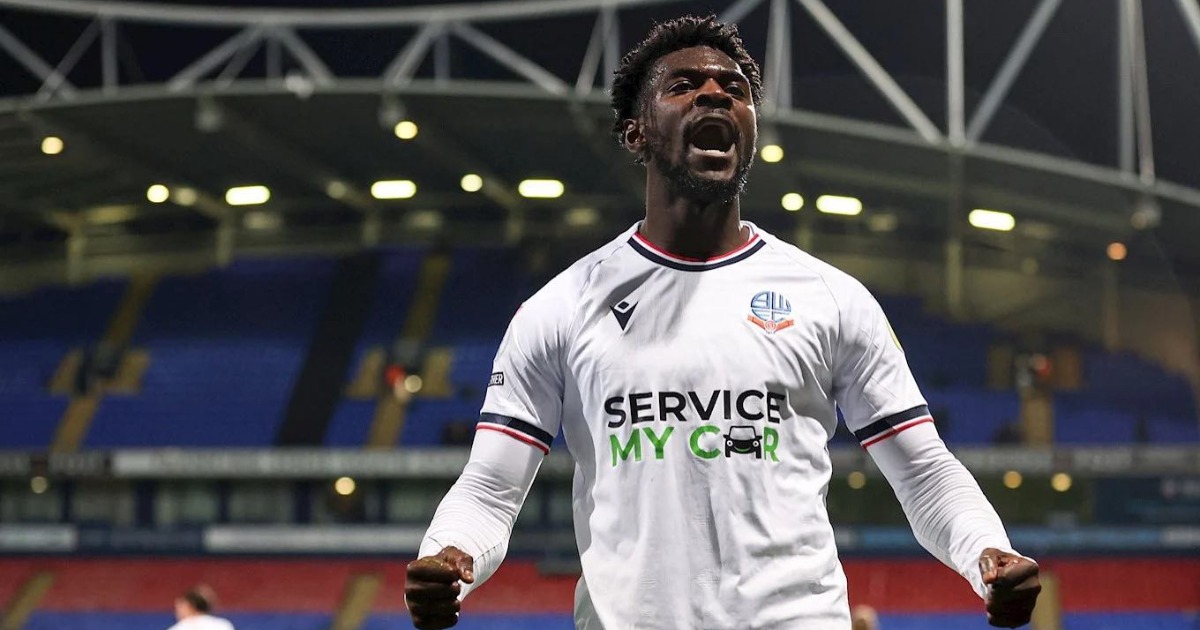 Striker Amadou Bakayoko opened his Bolton Wanderer’s League One account this season in their 2-1 win over Burton Albion on Tuesday.

The striker drew parity in the 87th minute after Samuel Joseph Hughes had given the visitors the lead in the 73rd minute.

Bodvarsson struck a last-gasp winner in the eighth minute of stoppage time after Bakayoko equalised after 87 minutes.

Wanderers’ victory was their first in eight meetings against the Brewers, having lost five and drawn two of their previous meetings dating back to 2015.

The win moved Ian Evatt’s side up to fifth after two straight wins, while Burton sits firmly second from the bottom.

At last! A brilliant finish from Bakayoko with an angled volley, gives the striker his first league goal of the season and a deserved equaliser for the Whites.