Zambia edge past Sierra Leone to reach U23 final round 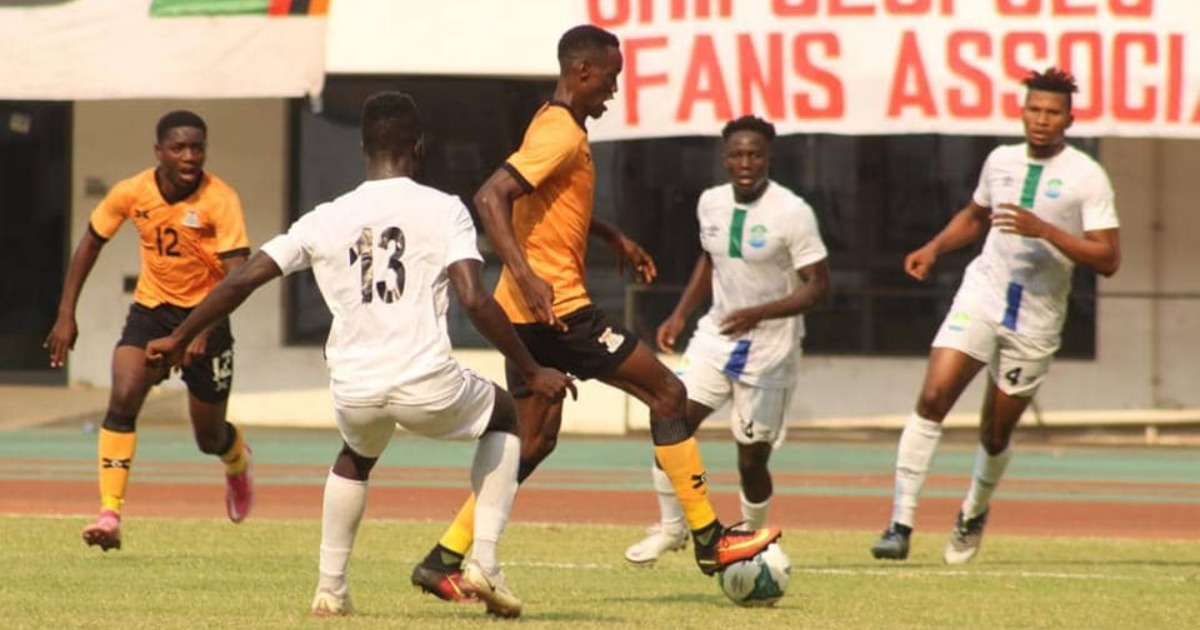 Zambia will face either Egypt or Eswatini in the next stage of the U23 Africa Cup of Nations qualifiers after defeating Sierra Leone 1-0 at the Heroes Stadium in Lusaka on Saturday.

Substitute Andrew Phiri scored the only goal in the 65th minute to give his side a 2-1 aggregate win.

Both sides played to a 1-1 draw in Liberia last weekend. The Zambians are chasing their third straight U23 AFCON qualification after making group-stage exits from the 2015 and 2019 tournaments.

Elsewhere on Sunday, Egypt host Eswatini at the Alexandria Stadium on Sunday, 30 October, in the second leg.

Both sides played to a barren draw away to Eswatini in the first leg as Brazilian coach Rogerio Micale kicked off his tenure with the young Pharaohs.

Egypt hosted and won the previous Nations Cup edition in 2019.

Zambia defeated Sierra Leone 1-0 in Lusaka at the Heroes stadium to reach the next stage of the TotalEnergies U23 AFCON through Andrew Phiri's 65th-min goal on Saturday. @FAZFootball Photos #SierraLeone #SaloneTwitter #FSLNews pic.twitter.com/ZjYVZimujf