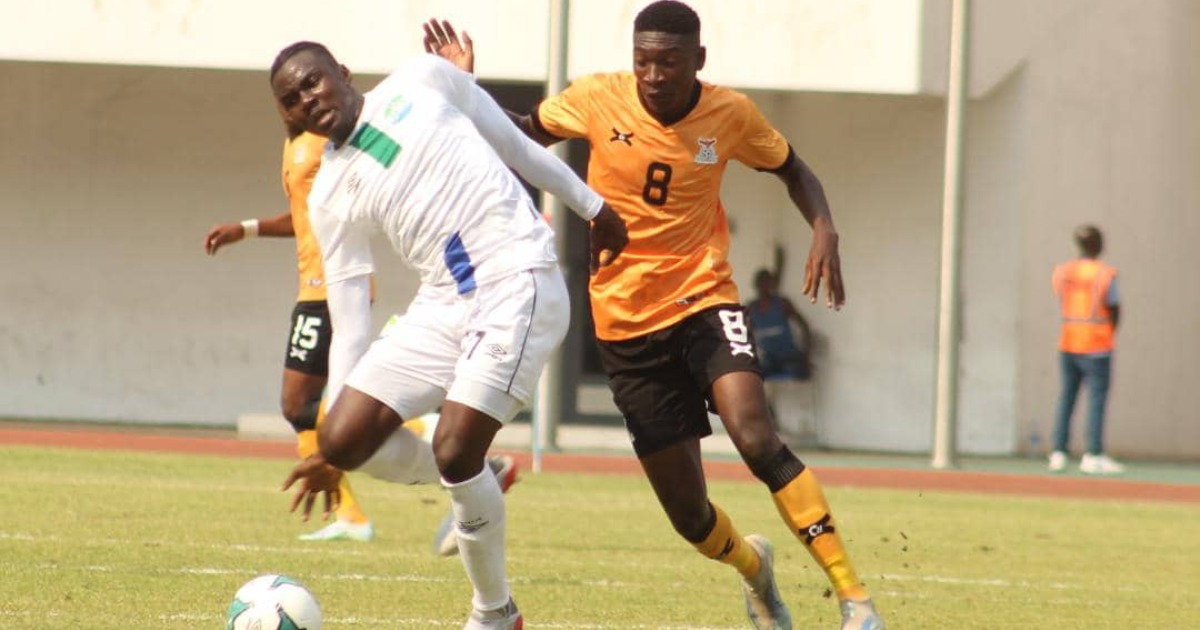 Mbabane Swallows midfielder Mohamed Kabia says he was pleased after making his U23 debut for Sierra Leone in the Africa Cup of Nations qualifier 1-1 draw against Zambia at SKD Stadium in Monrovia, Liberia.

Kabia, 19, played in both matches and was happy with his performances despite the disappointing results at the Heroes Stadium last Saturday.

“It was great for me to represent my country, and I was pleased with both of my performances despite not having the results we wanted,” Kabia told Football Sierra Leone.

“I met with a good group of young potential players and was welcomed by everyone. We were happy together. I want to take this time to say thanks to the coaching staff for giving me a chance to prove myself.

“My first experience playing with my teammates, I really enjoyed being part of this U23 side. Hopefully, this will give me more opportunities with the national team.”

The former Alaska midfielder said, “I am improved since my arrival here in Eswatini. I started with Denver Sundowns before my transfer to Mbabane Swallows ahead of this campaign.”

“I am enjoying my time in the Southern African nation. I have learned a lot of things here, having the opportunity to play football week in and week out.”

“The season just started. I played our opening two games before my call-up. In total, we played three games and drew all. “

Zambia defeated Sierra Leone 1-0 in Lusaka at the Heroes stadium to reach the next stage of the TotalEnergies U23 AFCON through Andrew Phiri's 65th-min goal on Saturday. @FAZFootball Photos #SierraLeone #SaloneTwitter #FSLNews pic.twitter.com/ZjYVZimujf