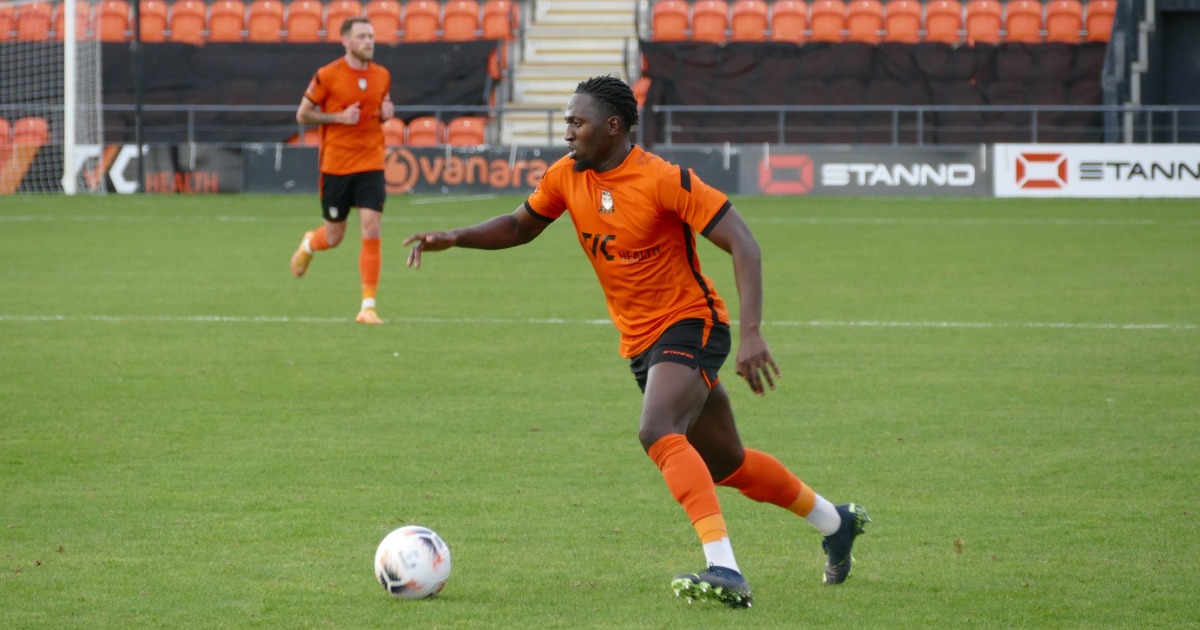 Sierra Leone attacker Idris Kanu is enjoying a positive start to the season at Barnet.

The frontman has scored four goals in his last five games for the Bees helping his new club climb up to the mid-table.

Kanu, who arrived to bolster Dean Brennan’s attack for the 22/23 season, has been a good addition.

“I am pleased to be back playing week in and week out, being able to show what I can do on the pitch,” the former Peterborough attacker told FSL News.

“I enjoyed creating chances, scoring goals helping my team as much as possible.”

Kanu, 22, was in Barnet action again on Saturday in their 1-1 FA Cup qualifying round draw against Chelmsford City at the Hive Stadium.

The versatile attacker, who has previously played for Aldershot Town, Port Vale, Boreham Wood and Northampton Town, has been in great form since joining the Bees.

Kanu can play either out-wide or centrally and joins Barnet as our new No. 11.

Barnet’s upcoming games are against Altrincham, Oldham Athletic AFC and Torquay United on the 8th, 12th and 19th, respectively.