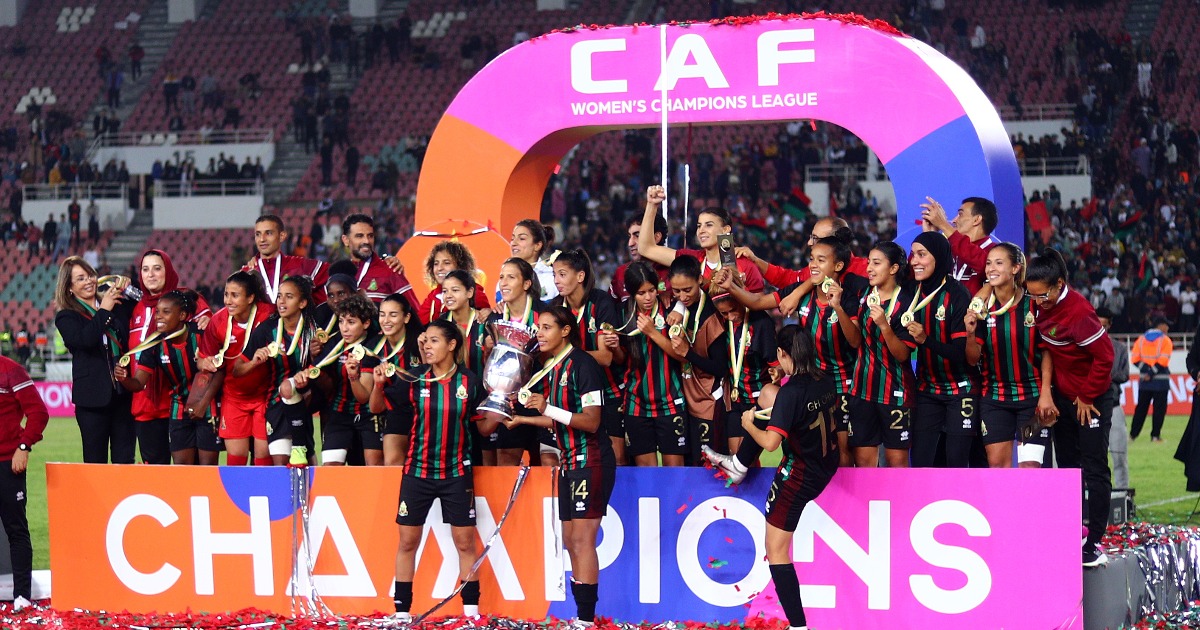 Tagnaout, the Moroccan midfielder, was voted the CAF Women’s Champions League Best Player of the Tournament for her influential role during the competition.

Tagnaout scored the opening goal from the spot and provided a hat-trick of assists that ensured that ASFAR silenced the South African side to be crowned African champions at Stade Prince Moulay Abdellah on Sunday night, November 13, 2022.

Er-rmichi, the Moroccan club keeper, who was edged to the WCL Egypt 2021 and WAFCON 2022 awards by Andile Dlamini got her sweet revenge as she helped ASFAR claim their first-ever title, walked away with the Best Goalkeeper of the Tournament.

Jraidi once again showed her clinical strength and superb finish techniques with six goals to claim the Golden Boot.

The CAF Fair Play Award went to Nigeria’s Bayelsa Queens, who won the bronze medal on their maiden appearance after a 1-0 victory over Simba Queens in the third-place match, while the Team of the Tournament went to ASFAR following their triumph.