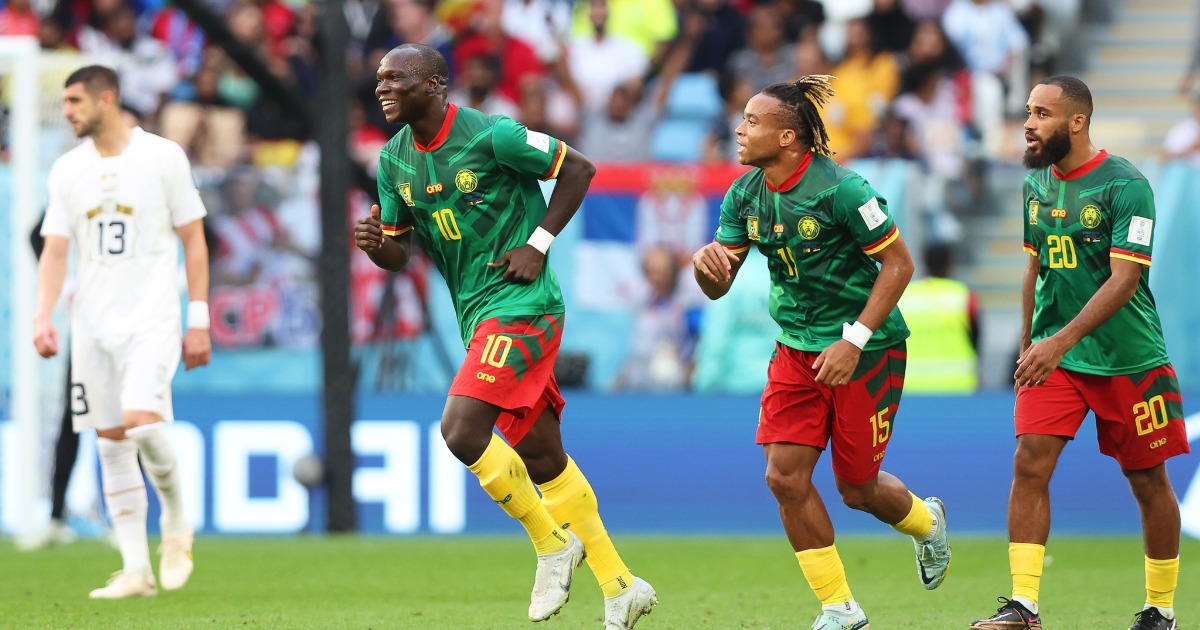 Serbia and Cameroon played out a thrilling 3-3 draw at the World Cup in what was one of the most entertaining games of the tournament so far.

Jean-Charles Castelletto gave Cameroon the lead in the first half, but Serbia scored twice in quick succession through Strahinja Pavlović and Sergej Milinković-Savić to turn the game around just before halftime.

As the match opened up in the second half, Aleksandar Mitrović finished off a brilliant team move to extend Serbia’s lead and put his team on course for its first victory of the tournament.

But Cameroon responded minutes later as substitute Vincent Aboubakar scooped an outrageous shot over the head of Serbian goalkeeper Vanja Milinković-Savić. Initially disallowed for offside, the goal was allowed to stand after a video assistant referee (VAR) review.

Soon after, Aboubakar got in behind Serbia’s defense once again and found Bayern Munich forward Eric Maxim Choupo-Moting to score Cameroon’s third and level the match.

The chances kept coming for both teams, but it ended as a draw at Qatar’s Al Janoub Stadium.

With both sides losing their opening games of the tournament – Serbia against Brazil and Cameroon against Switzerland – they will need to win their next games to keep alive their hopes of qualifying for the knockout stages.

On top of the six goals, the action-packed encounter will also be remembered for the way some of those goals were celebrated.

Cameroon’s Christian Bassogog and Serbia’s Luka Jović, both substitutes, were yellow carded when they ran onto the pitch with other substitutes to celebrate their teams’ goals.

And when Mitrović scored the fourth goal of the game, he ran over to Serbia’s subs bench to celebrate with his teammates waiting on the touchline.

Brazil and Switzerland face off in Group G’s other game on Monday, while South Korea takes on Ghana and Portugal faces Uruguay in Group H.

By George Ramsay, CNN – Connect with us @football_sierra on Facebook, African Football News.