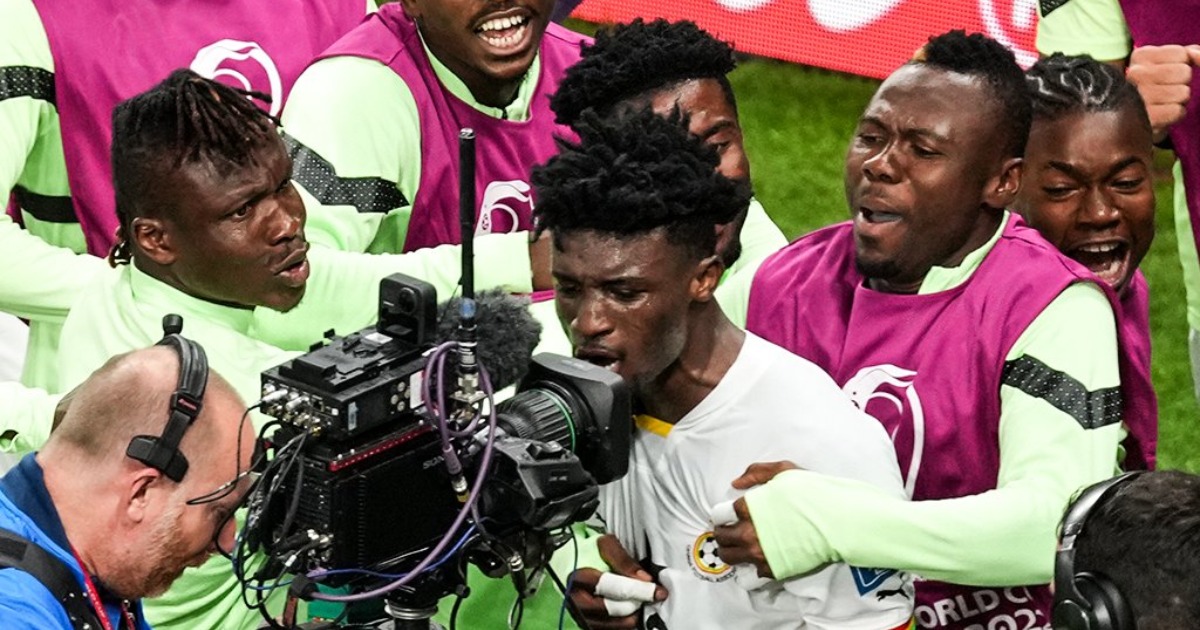 Ghana got their first win of the 2022 World Cup after beating South Korea 3-2 in their Group H second game at the Education City Stadium.

The West Africans can now build from today’s win as they face Uruguay in their final Group game for a place in the tournament knockout stages.

Three points from their last two games at the Fifa World Cup in Qatar will feel good after their opening defeat to Portugal.

After dominating the opening passages of the first half, South Korea saw themselves down by two goals to nil at half-time.

Ghana‘s first was brought to them by  Southampton-man Salisu, after a messy free-kick, was rammed home. Next up on the score sheet was Mohamed Kudus, after his slight touch on the cross was enough to send it past Kim.

The second half brought South Korea domination for the most part, which brought them back to 2-2 thanks to two Cho headers.

Their efforts were soon wiped out by Ghana’s on-form Kudus, as he tapped home after Ayew missed the cross.

Uruguay won the last meeting 4-2 on penalties after a 1-1 full-time scoreline in the Fifa World Cup quarter-finals South Africa 20210.

After another brilliant game, it ends with Ghana taking the three points 👏@adidasfootball | #FIFAWorldCup