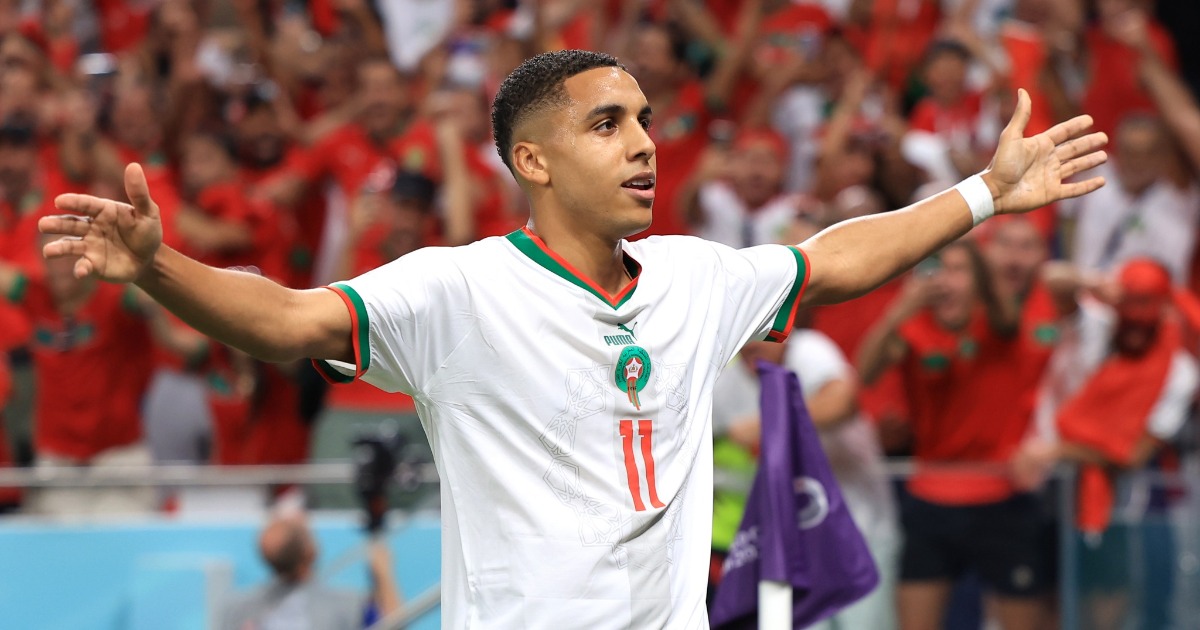 Morocco produced the latest Qatar 2022 surprise by beating Belgium to boost their hopes of reaching the knockout rounds for the first time since 1986.

Morocco gave their hopes of progress to the round of 16 of Qatar 2022 a huge boost by shocking Belgium on Sunday, winning 2-0 through late goals by substitutes Abdelhamid Sabiri and Zakaria Aboukhlal.

Sabiri broke the deadlock on 73 minutes with a free-kick – the first direct set piece scored at this FIFA World Cup™ – swung in from a position wide on the left, just a metre or two from the touchline, which beat Thibaut Courtois at his near post.

Aboukhlal then ended any doubt by flashing a shot past Courtois from a cutback by the impressive Hakim Ziyech.

Roberto Martinez’s 2018 semi-finalists would have progressed to the last 16 with a victory, but as in their narrow opening win over Canada, they failed to find top gear and may now have to beat Croatia in their last group game to qualify. For now, Morocco sit top of Group F with four points, with Croatia and Canada meeting later in the day.

The north Africans have not reached the knockout rounds since 1986, when they beat Portugal 3-1 to get there. Yet they are superbly disciplined and with a game against Canada to come, they will believe in their chances of going further after what was their first victory at the World Cup since beating Scotland 3-0 in 1998.

Morocco had to make a last-minute change to their starting XI when goalkeeper Yassine Bounou pulled out after the anthems – for reasons not yet specified – and was replaced by Monir Al Kajoui. The understudy made an early save to settle any nerves when smothering a Michy Batshuayi attempt at close range.

Morocco had the majority of the crowd at Al Thumama Stadium on their side and they thought they had given them a goal to celebrate in stoppage time at the end of the first half when Ziyech whipped in a free-kick from wide on the right that beat Courtois at his near post. However, Romain Saiss, standing right in front of the goalkeeper, was ruled offside after a VAR check. Saiss would repeat the trick of obscuring Courtois’ view for the breakthrough goal.

Before then, Belgium had had another scare 10 minutes after the break when Sofiane Boufal cut in from the left and shot just past the far post. The Red Devils’ reprieve would be brief, however, as they fell to their first loss in the group stage of the World Cup since Saudi Arabia beat them at USA 94.

Sabiri’s introduction after 68 minutes was his cue to spark arguably Morocco’s greatest World Cup victory. He still has not started a game for his country but took just five minutes to score the most important goal of his life on what was his fourth international outing, catching Courtois by surprise at his near post.

A historic victory for the Atlas Lions 🇲🇦@EnMaroc | #FIFAWorldCup pic.twitter.com/hqJwAgRRFc

@FIFA.com – Connect with us @football_sierra on Facebook, African Football News.