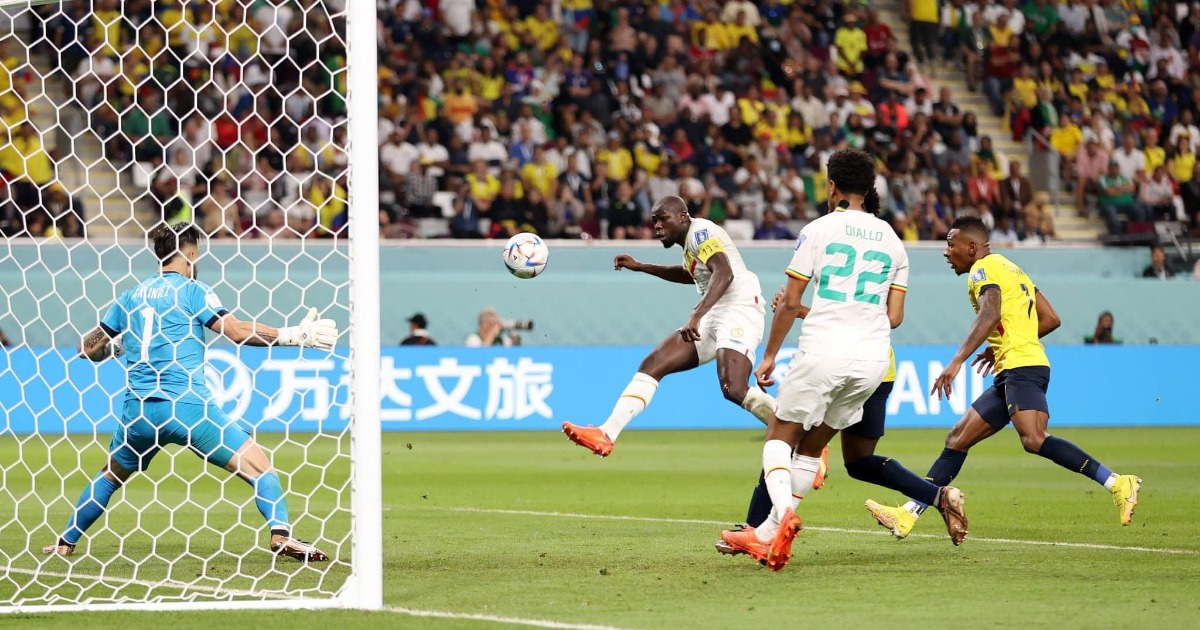 The Lions or Teranga have finished as runners-up in Group A, behind Netherlands, having won games against hosts Qatar and now Ecuador in what was a tense but thrilling match.

Senegal showed signs of their attacking prowess early on, with Ismaila Sarr working himself into a shooting position only to have his shot spun around the corner of the post.

It was Sarr who would be presented with the perfect opportunity to open the scoring again when he was flattened in the box by Piero Hincapie.

From the spot, Sarr was the coolest player on the pitch, rooting goalkeeper Hernan Galindez to the spot.

Midway through the second half, Aliou Cisse watched his side turn defensively motionless as Moises Caicedo temporarily put a stopper in Senegalese celebrations. A corner, tipped on by Felix Torres, found Caicedo completely unmarked in front of the Senegal goal; the midfielder presented with the easiest task to score.

However, it was the third dead ball scenario that would prove the decisive one. Idrissa Gueye’s corner kick was bundled around by a host of Ecuadorian bodies and resulted in Kalidou Koulibaly, storming in at the far post, swiping the ball past Galindez and sparking the most deafening of celebrations in the stands.

Late pressure from Ecuador didn’t pay, as Senegal progressed to the Round of 16 for the first time since their World Cup debut in 2002.

Key moment: Koulibaly reignites Senegalese party Just moments before Koulibaly crashed in the winning goal, Senegalese fans had their heads in their hands. However, the noise and jubilation that erupted from the stands, the dugout and the pitch when the defender stole in at the back post to steer in a loose ball was the sound of a party well and truly started.

Stat of the Match Senegal have never played England, Wales or USA in any men’s football competition or friendly. The Lions of Teranga will face one of these sides – or Iran, who they have only ever played twice – in the next round.